Popular Nigerian singer, Timi Dakolo has sent a special message on Instagram to people that have been brainwashed and conditioned in their thinking.

The singer has been the darling of the media in recent weeks since his wife, Busola, alleged that the senior pastor of Commonwealth of Zion Assembly (COZA), Biodun Fatoyinbo raped her when she was a teenager.

Also Read: Ik Ogbonna’s Wife, Sonia Shows Her Massive Butt As She Relaxes At The Beach 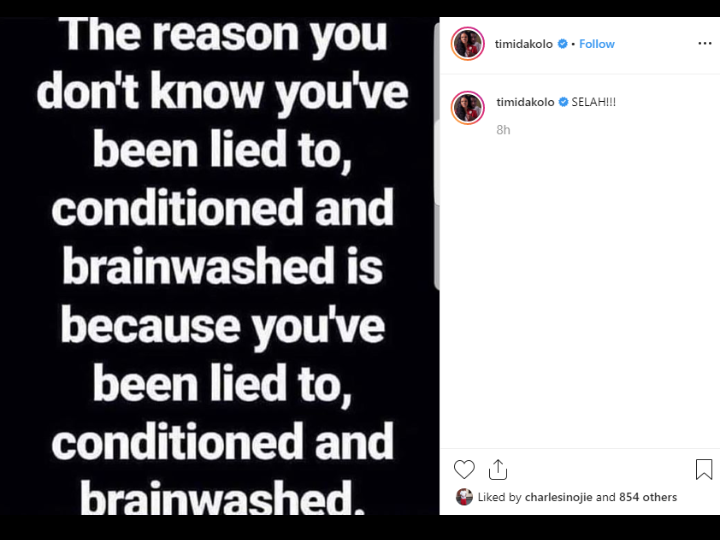