Ifeoma Okoye, the dentist alleging that popular crossdresser, Bobrisky is owing her N8million has affirmed that Nollywood actress, Tonto Dikeh betrayed her friend as she was the one that sent her screen capture of a post the cross-dresser made on his page.

After the dentist called out Bobrisky over the supposed debt, the latter took to his page to deny the report.

Ifeoma Okoye revealed that it was Tonto Dikeh that sent her the screenshot of the post before it was brought down.

“Don’t be afraid to lose any betrayer that calls herself “friend.” This afternoon Tonto sent me a screenshot of Idris post about this case, and because I posted it on my timeline, she got angry maybe. We had always made video calls, and when I called her this evening, she refused to pick my call because she was with Idris.

I asked a friend of ours to call her from Abuja, and she quickly picked up the call, not knowing that I was connected on the WhatsApp call already. Shame to you all. Bunch of betrayers

I have tons of time tonight.” 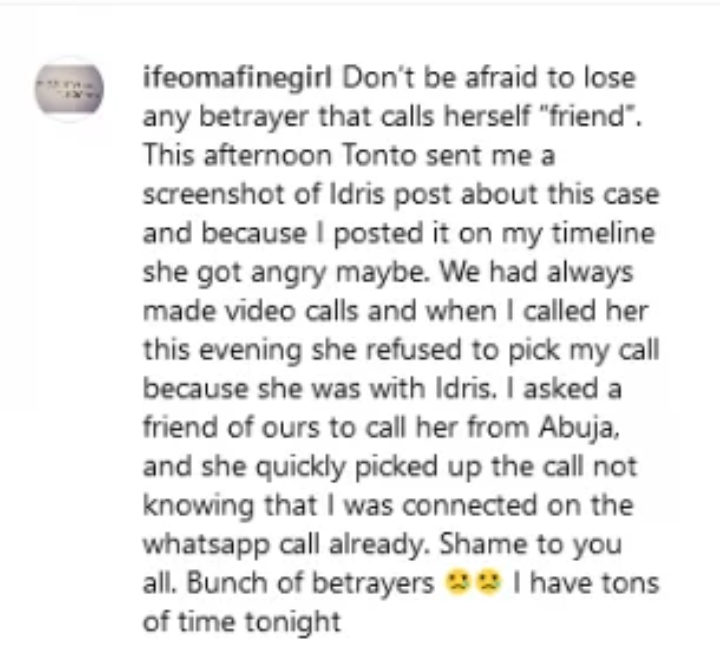