Controversial Nollywood actress, Tonto Dikeh has laughed off Blessing Osom’s claim of being given ‘financial aid‘, after her marriage to her ex-husband, Olakunle Churchill went downhills.

Information Nigeria recalls the former friend to the controversial Nollywood actress took a step further in rubbing Tonto’s name in the mud with shocking details on how their friendship ended.

Osom claimed that the actress was broke and could not feed herself and her workers except her son.

The former friend also claimed she lent a helping hand to the actress during the period but the actress never paid her back.

Tonto, who got wind of the post, took to her Insta-stories to clear the air on some of the allegations, stressing that her new management has restrained her from maing public statements. 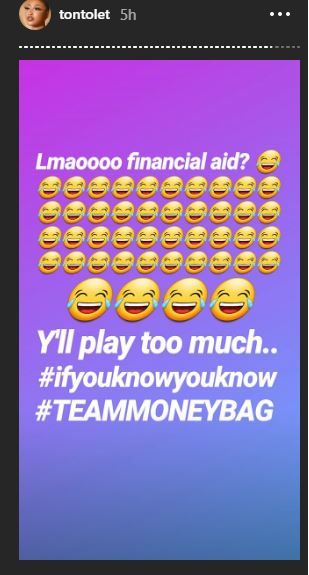