Popular Nigerian comedian, Ebiye Victor is currently being dragged by Twitter users after he made a tasteless joke to color-shame Kenyan-Mexican actress Lupita Nyong’o.

Information Nigeria recalls the internet comedian caused a stir in 2018 for accusing singer, Aramide of sleeping her way through to get the organizers to give her the Best ‘Alternative’ Song award at the Headies 2018.

Now, Ebiye took to his Insta story to share a photo of himself with black face-mask with the caption;

However, his joke wasn’t well received by many as they called out for color-shaming Lupita for her lovely dark skin. 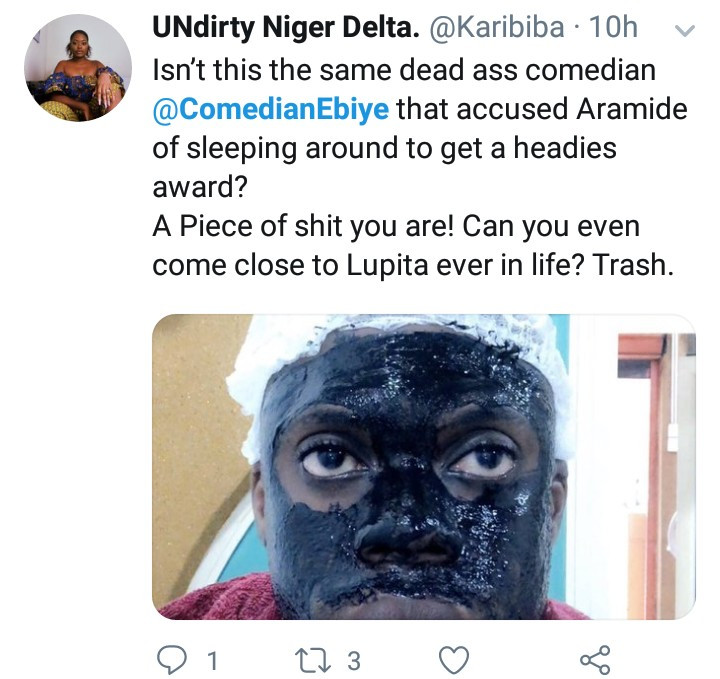 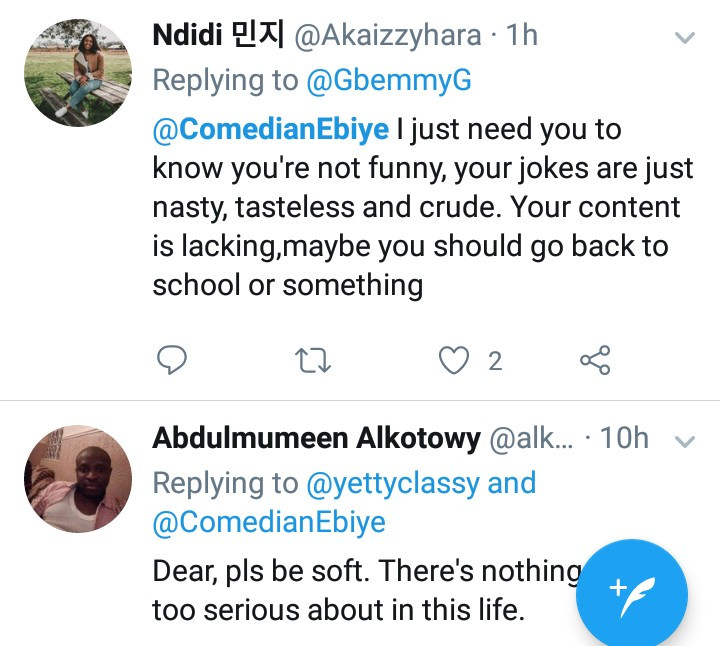 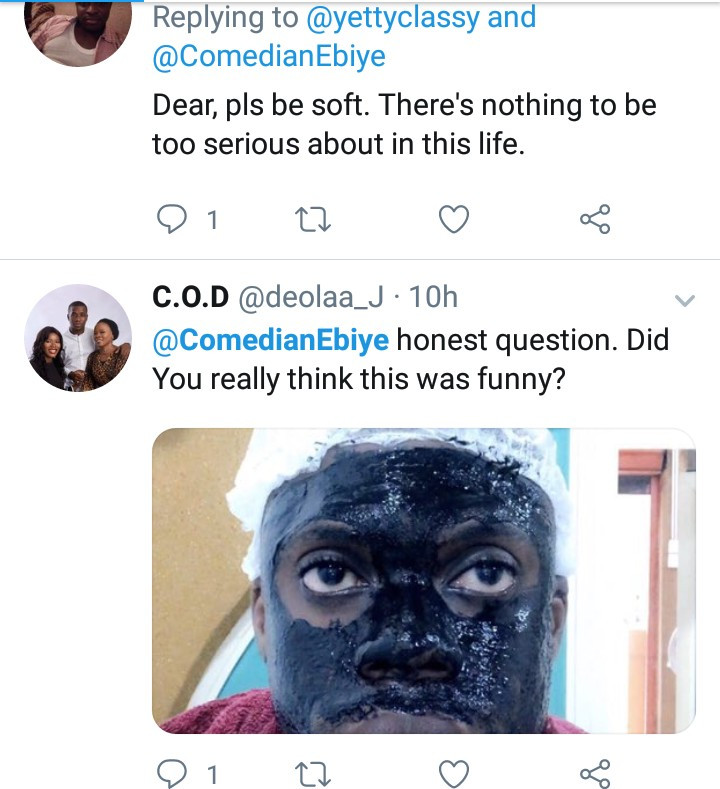 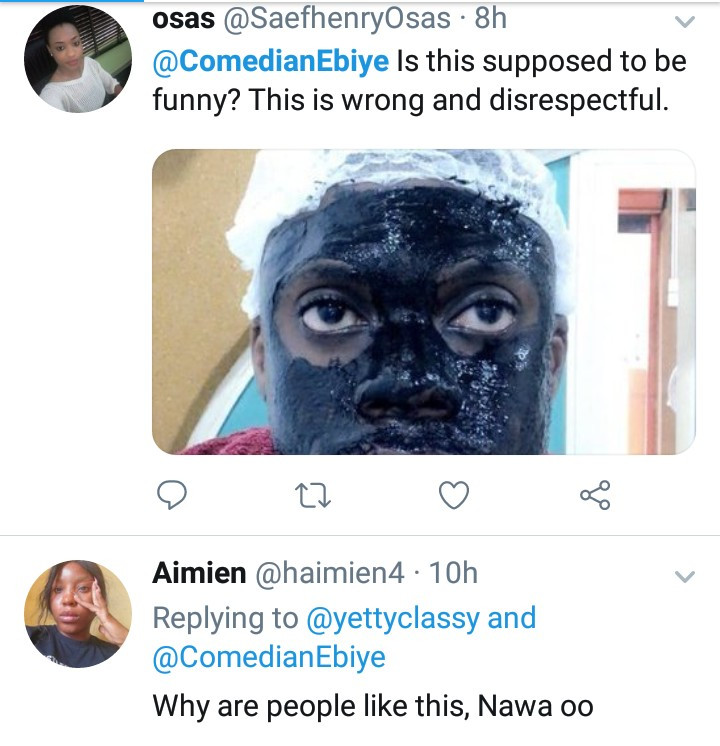