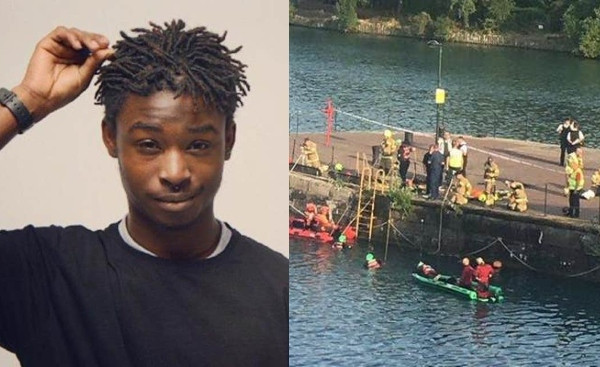 A 23-year-old UK-based Nigerian student has lost his life.

According to reports, the young man who has been identified as Jonathan Adebanjo drowned in River Thames on Tuesday evening.

The deceased had gone to the river with friends at Shadwell Basin.

Jonathan had gone out to swim due to the extremely hot weather.

The Nigerian art student was among the three who drowned in the Thames in three hours after a 47-year-old swimmer died in Kingston and another person vanished in the water at Waterloo Bridge.

“He wasn’t the only person that disappeared on that day … we need to put a warning out there to be careful. It’s easy to think nothing bad can happen because the sun is out but there’s still a risk, and it’s very evident after what happened to Jonathan.”

She added: “When they were fishing his body out, there were still kids jumping in … people have seen it in the news, they’ve seen the risk and they’re still doing it.”

Adebanjo was to start his final year at Camberwell College of Arts, part of the University of the Arts  London before he lost his life.