Controversial OAP, Daddy Freeze has questioned whether Nigeria has been used for money ritual by unknown forces.

Daddy Freeze was stuck in Lagos traffic, but the way Lagosians were breaking traffic rules got him infuriated.

Also Read: #BBNaija 2019: Tacha Breaks Down In Tears During Heart To Heart Conversation With Mike (VIDEO)

He captured it on camera. 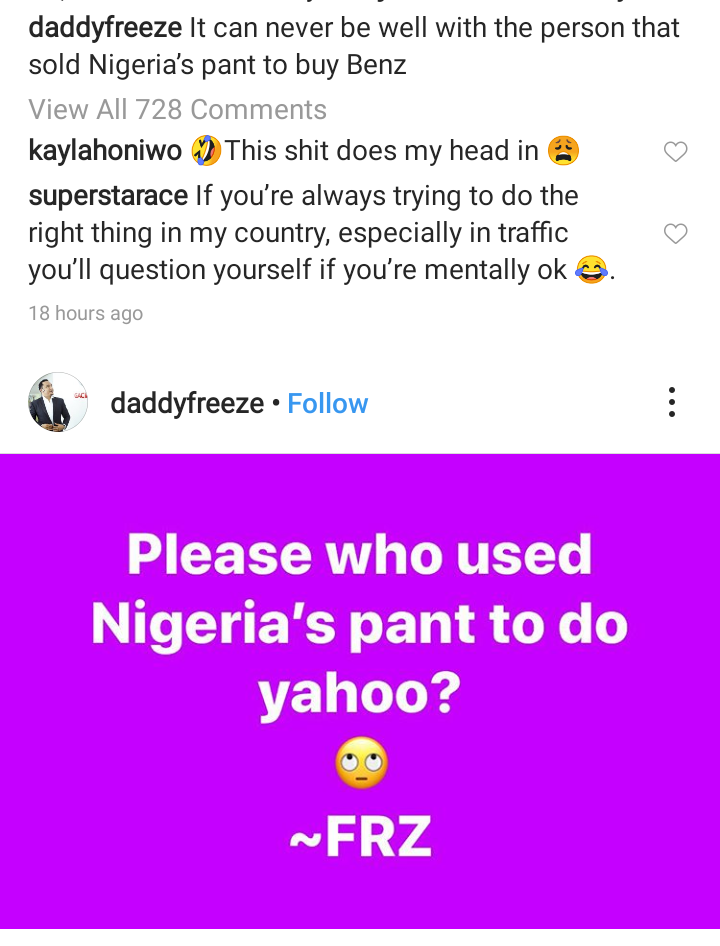