Ese Walter, the first lady to publicly accuse COZA pastor Biodun Fatoyinbo of sexually abusing, has stated that the world systematically blames women for everything.

In a post she shared on Facebook, Walter revealed how the blame game started from the Garden of Eden, and is still very much active today.

“From the days of Eve, woman has been blamed. She spoke with the snake and gave Adam the apple.

Adam obviously couldn’t say no to the damn apple so he told that it was the women’s fault.

Also Read: Alleged Rape: I Am Not Your Friend If You Don’t Celebrate M Husband – Fatoyinbo’s Wife

The other day I watched a show where the guy said parents should not wear their little girls bum shots because it can lead to temptation.

A wife is blamed when the husband fucks another woman. If she was giving it to him back to back, he won’t have time for another.

Maybe if she is cooking sweet fresh meals, he won’t … (fill in the gap). Maybe if she kept quiet when he was talking, he wouldn’t have beat her.

We have systematically put women in the “let’s blame the female” box, absolving men of all responsibility.

And we think we will be ok like this. The entire world came to be because of WOMAN. We don’t honour our women. May the land not reject us. Ase”. 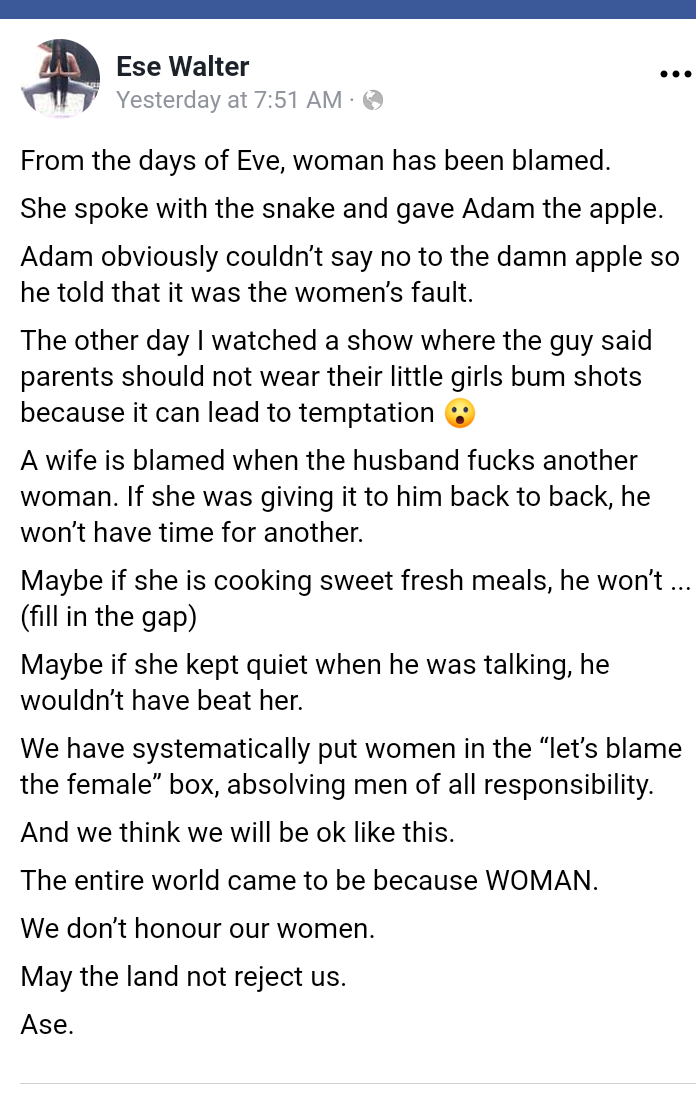 Ese came out few days ago to clear the air that she was not raped by Biodun Fatoyinbo.