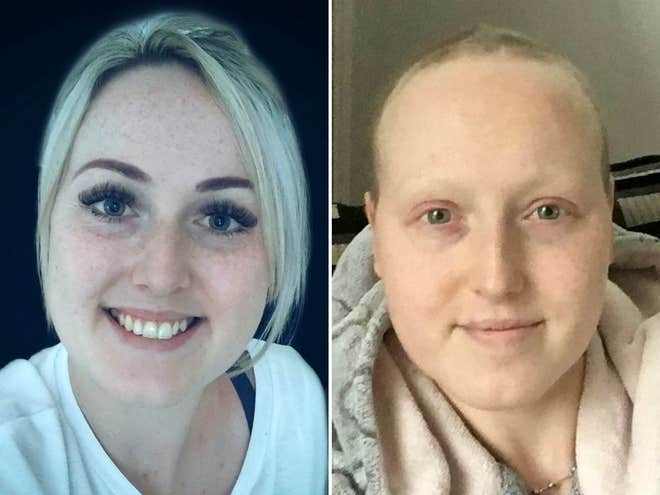 A woman had her two breasts removed after she was wrongly diagnosed with breast cancer.

It was gathered that the woman not only had her breasts removed, she also suffered complications of chemotherapy and other treatment modalities

Sarah Boyle, 28, had undergone cancer treatments for months only to be told she didn’t actually have cancer.

Boyle, according to Independent UK, was diagnosed with triple-negative breast cancer at Royal Stoke University Hospital in 2016 and started treatment only for the hospital to realise they made an error.

“The past few years have been incredibly difficult for me and my family,” said the mom of two children Teddy and Louis.

“Being told I had cancer was awful, but then to go through all of the treatment and surgery to then be told it was unnecessary was traumatising.

READ: Check Out Davido’s Response To The Wish Of A Woman Battling Cancer

“As if that wasn’t bad enough, I am now worried about the possibility of actually developing cancer in the future because of the type of implants I have and I am also worried about complications that I may face because of my chemotherapy.

The hospital also said they had apologised to Ms Boyle, adding that extra safeguard measures were now in place.

The 28-year-old said she suffered psychological trauma as a result of her ordeal and still has ongoing symptoms caused by her treatment.