According to reports, Yewande, who was granted state pardon, barely spent 2 years in her 7-year jail sentence.

The convict stabbed her husband, Lowo Oyediran, in the neck on February 2, 2016, following an argument at their 30, Adeniyi Layout, Abidi-odan, Akobo, Ibadan home.

READ: 15-year-old wife confesses to killing her husband with poison

She was charged with a one-count charge of killing her husband and found guilty of the crime. She was eventually sentenced to 7 years imprisonment in November 2017.

@Dondekojo, a Twitter user took to the platform to give an update on Yewande’s case, alleging that she got support for her release from her father and family. 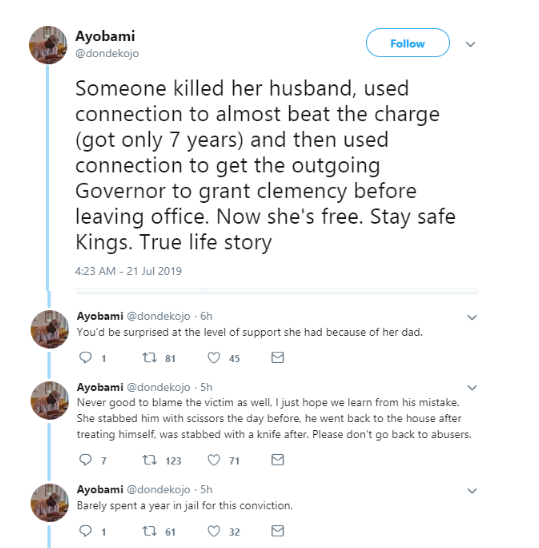 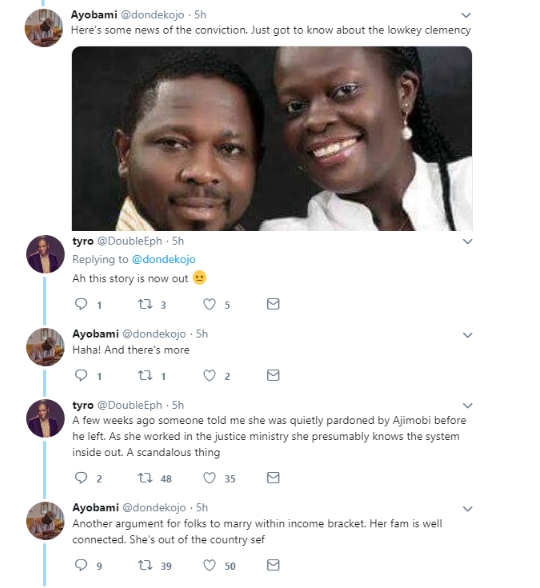