According to Frank Mba, the spokesperson of the Nigeria Police Force, the couple were served Offical invitation letter yesterday Saturday, July 20th July.

Via a statement released by Mba, the invitation is a sequel to the on-going police investigation into the rape allegation made by Busola against Pastor Fatoyinbo.

“It is important however to note that a Police Invitation Letter is not synonymous with a Warrant of Arrest, and must not be construed to be one. Rather, it is a polite investigative tool used in eliciting information voluntarily from parties to aid police investigations.

“And that ‘members of the public should see it as a legitimate act in line with the constitutional mandate of the police, which among other things include the investigation of all complaints brought before it.” 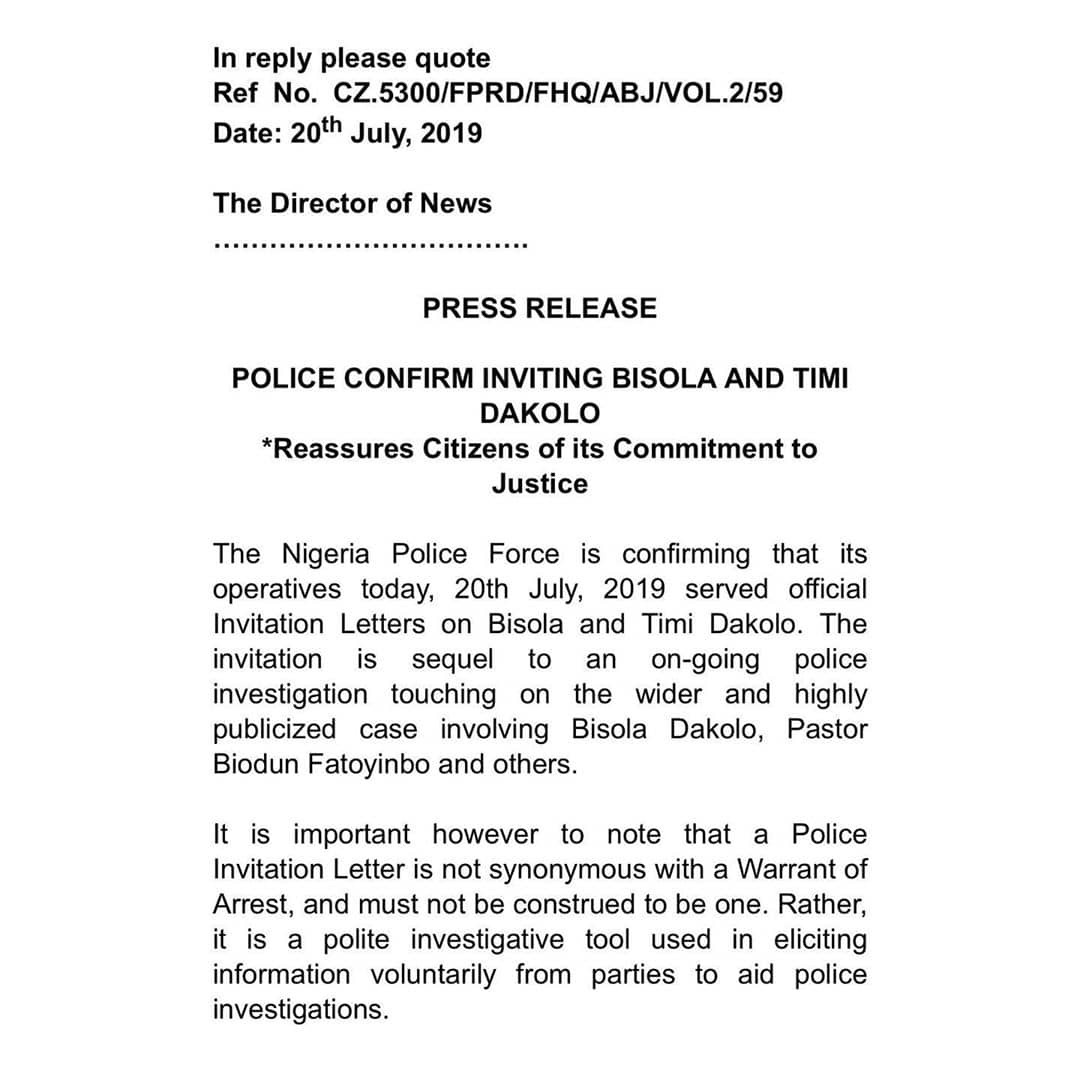 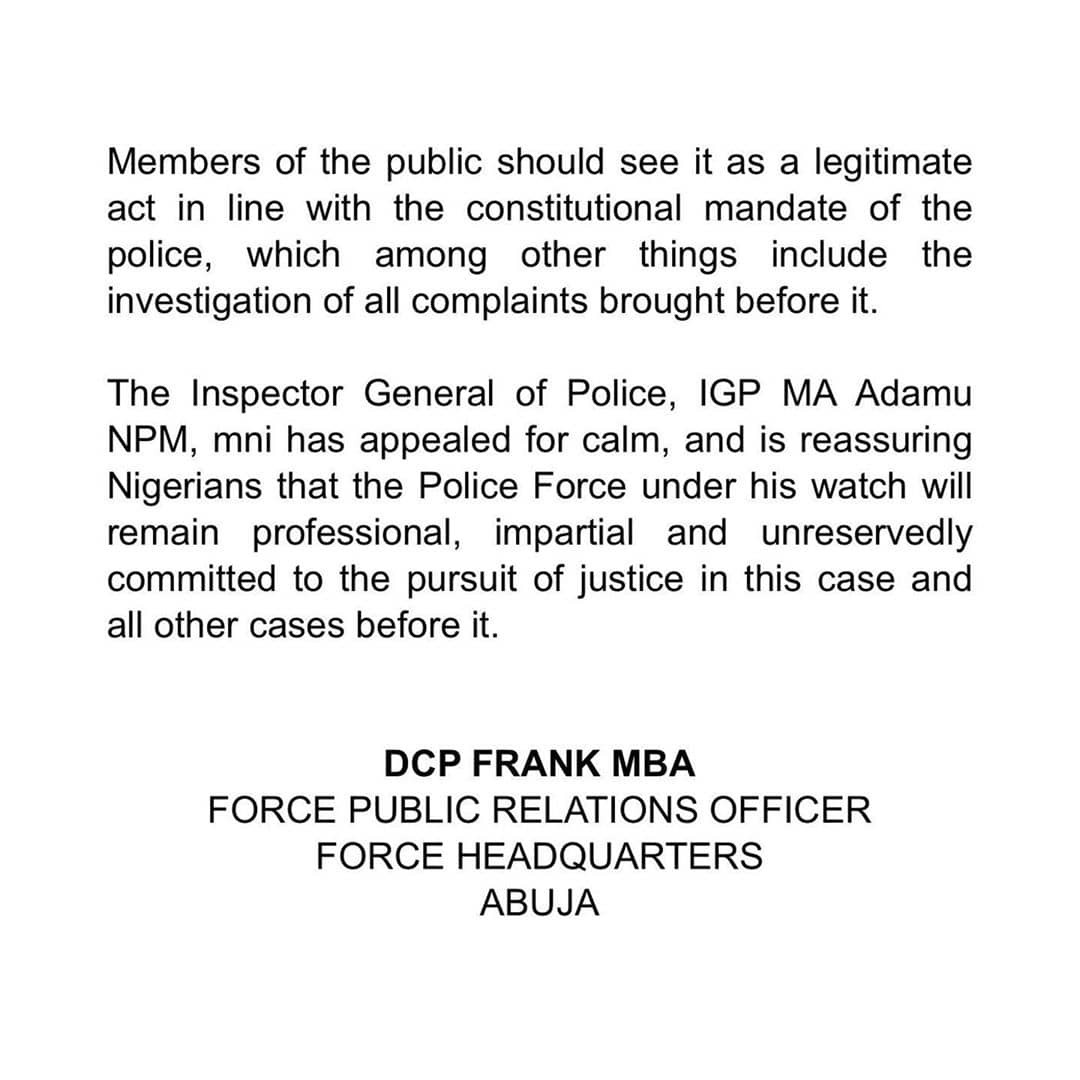