Social commentator, Reno Omokri has debunked a comment of ‘sleeping when Yorubas are beating the drums of war‘ credited to Ibrahim Badamasi Babangida.

The critics revealed how two Yoruba men; Benjamin Adekunle and Olusegun Obsanjo won the Biafran war for Nigeria in 1971.

Reno pointed out that Nigerians never learn from history, the former Presidential spokesperson recalled how Murtala Mohammed suffered defeat at the hands of Biafrans at Abagana, losing almost 4,000 soldiers and had to be airlifted by a helicopter.

“If I am sleeping and wake up to hear Yorubas beating drums of war, I will go back to sleep” -IBB,1993? ?The above quote is a HOAX. IBB NEVER made that comment. I urge those circulating the ‘quote’ to research the history of the Yoruba led 2nd Marine Commando. ?

The problem with Nigerians is that we don’t learn from history. Murtala Mohammed suffered defeat at the hands of Biafrans at Abagana and lost almost 4,000 soldiers and had to be airlifted by a helicopter. These are facts you can verify from the BBC. It was 2 Yoruba men who won the war for Nigeria. Their names are Benjamin Adekunle and Olusegun Obasanjo. 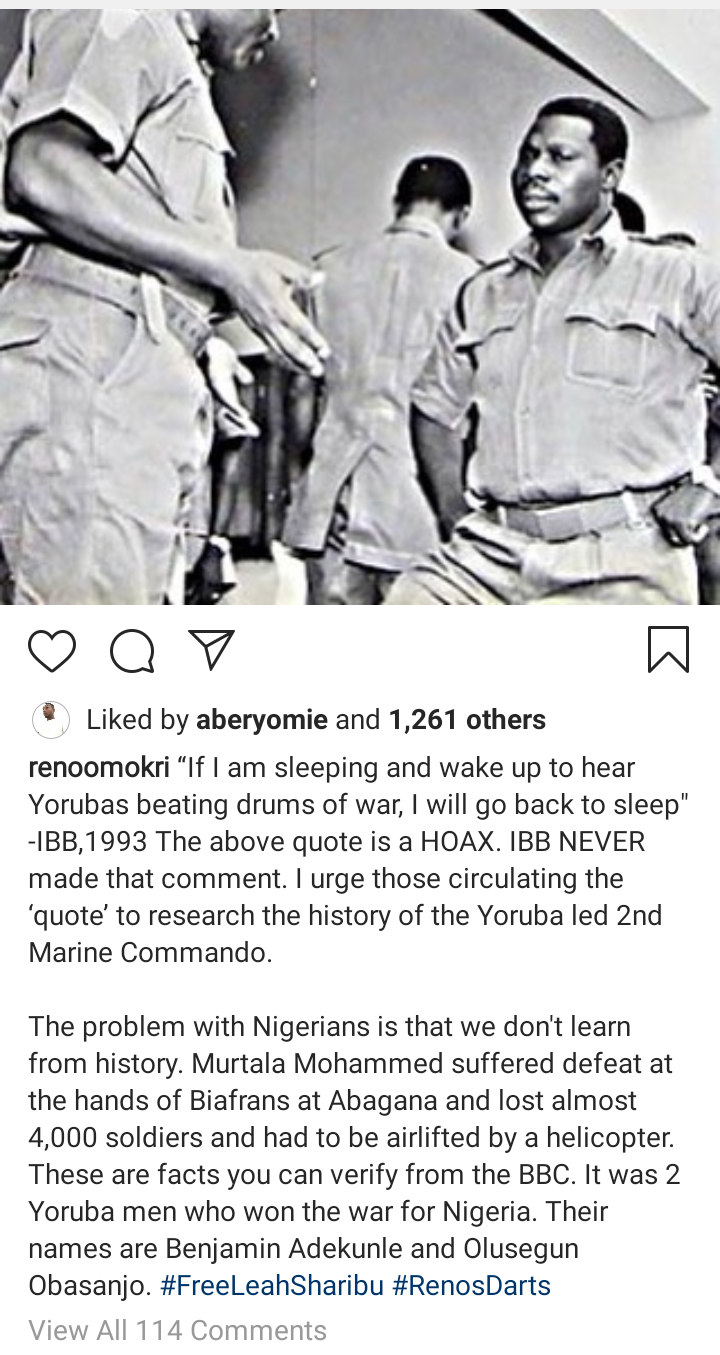