Popular Nigerian artist, Skales has reacted to the news that police officers stormed the residence of the Dakolos over the rape scandal involving Busola Dakolo and Biodun Fatoyinbo.

On Saturday, Timi Dakolo raised the alarm that gunmen lurked around his house, which was later identified as policemen.

This incident has ignited mixed reactions from Nigerians.

Nigerian singer, Skales took to his Twitter handle to blast Pastor Biodun Fatoyinbo, describing him as a “fake pastor and scam.” 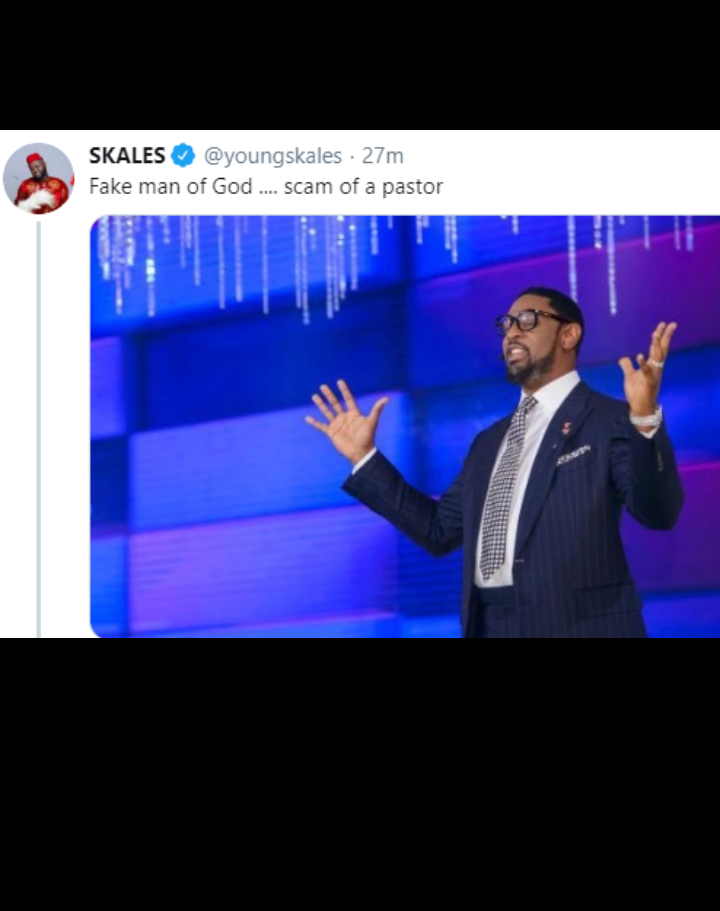