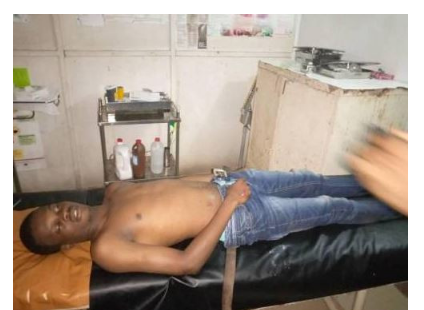 A Nigerian Security and Civil Defence Corps officer in Bayelsa has ended the life of an 100-level student of the Department of Petrochemical at the Niger Delta University, identified as Obinna.

According to reports, the sad incident happened at the Efeke-Ama area of Amassoma community, Southern Ijaw Local Council Area, around 10:30pm on Saturday, August 10th.

The NSCDC official is said to be part of a team of security personnel attached to a politician, Chief Abel Ebifemowei, alias OSUO.

Public Relations Officer of the NDU, Indoni Ingezi, while confirming the incident said it was a case of accidental discharge that saw the trigger-happy officer misfiring during a political event.”

The suspect has reportedly been arrested by men of the Amassoma Police Division as investigation into the matter is ongping.