Africa’s richest man, Aliko Dangote has fulfilled his monetary promise to the super eagles for their display at the recently concluded AFCON 2019 in Egypt. 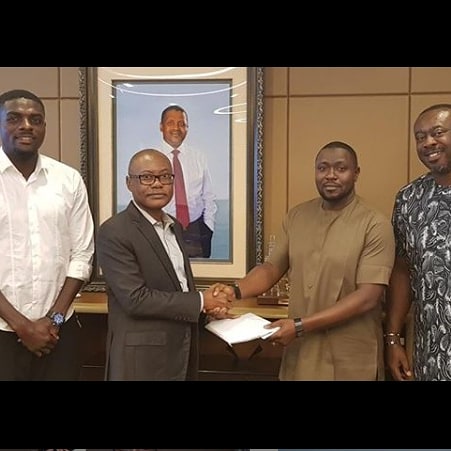 Recall that at the just-concluded 2019 African Cup of Nations in Egypt, Dangote and his billionaire friend Femi Otedola pledged $75,000 together for every goal scored by the Super Eagles of Nigeria in the knockout stage of the tournament.

Yesterday it was reported that Femi Otedola fulfilled his part of the promise by awarding $25,000 to the super eagles.

Not to be left out, Aliko Dangote through the GMD of Dangote Group, Olakunkle Alake awarded $50,000 to the super eagles. 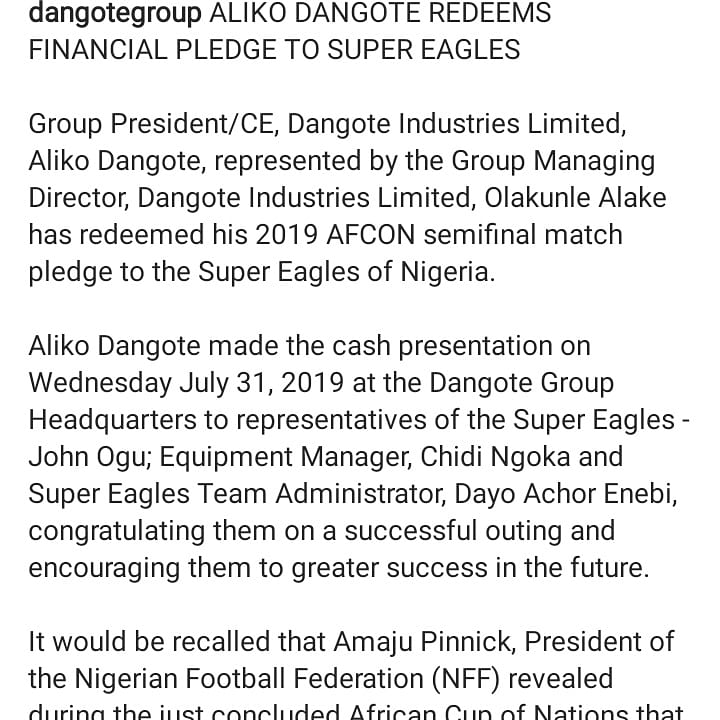