The singer further criticized the state of the education and value system in the continent, stating that it needs to change.

Idibia, however, did not hesitate to call out those trolling him for cancelling a planned protest.

Information Nigeria recalls the singer suffered heavy backlash after he called off his February 2017 anti-government protest, blaming it all on security.

Read Also: Olamide Calls Out Men Sliding Into His DM To Ask Him Out (VIDEO) 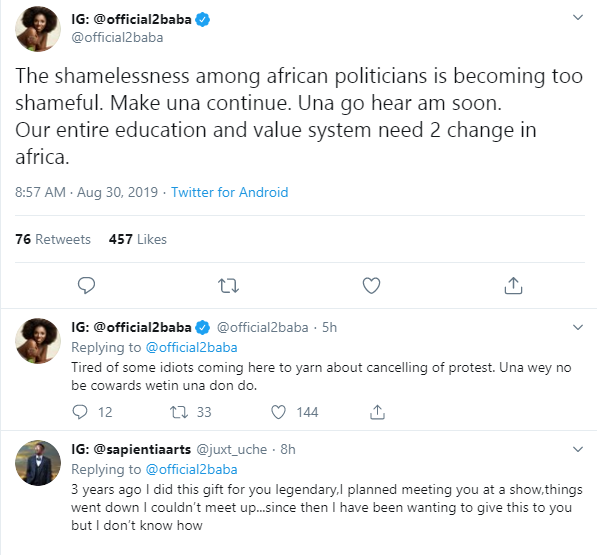 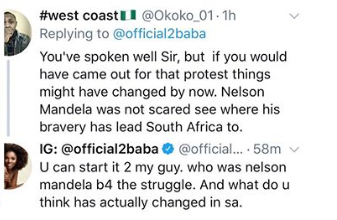