A viral video has surfaced on the internet as an angry man stormed his ex-wife’s house to retrieve the car he bought for her on her birthday. 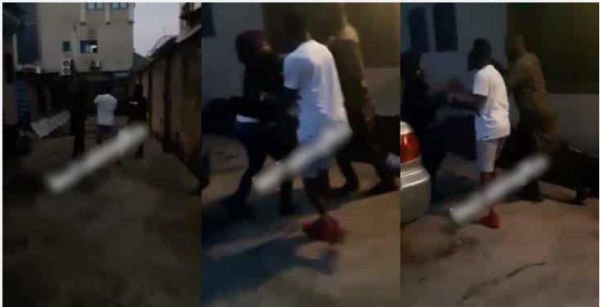 Information Nigeria gathered that the man identified as Adewale bought the mother of two of his kids, Victoria, the car, 2 years ago when the couple was good. He, however, stormed the house of his ex-wife and forcefully retrieved the car he bought for her on  Monday.

The ex-wife initially refused to give him the car key, saying he gave her the car as a birthday gift and that’s what she uses to feed their kids.

The angry man who insisted on getting the car back pummeled her in the presence of their kids, leaving her with no other choice than to let go, with the man telling her to go and meet her concubines to get her a car.