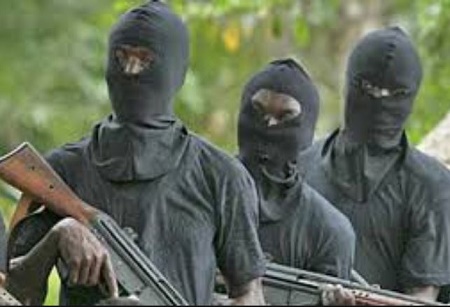 Residents of the “B Police Barracks” along Benin-Onitsha expressway in Asaba, Delta state, were robbed of their belongings by suspected robbers.

According to some residents, the robbers were able to penetrate the barracks because of lack of electricity, after the transformer serving the area power was vandalised, The Sun reports.

“Since then, robbers have been coming here to dispossess us of our property. We have lost power generating sets, handsets laptops and personal effects to the dreaded thieves,” a female resident was quoted as saying.

“There is uncleared vegetation at the other side of the barrack, through which they gain access to the barrack. They have been tormenting us lately. They come through the bush, and because there is no power supply, everywhere is always dark, so we cannot see them coming in.”

“Our lives are under serious threat as a result of darkness which the hoodlums are taking advantage of. We are very worried at the moment. We have not heard anything since we contributed money to fix the vandalized transformer,” another resident was quoted to have said.

The state commissioner of police, Adeyinka Adeleke, however, dismissed that the barrack had been in darkness due to the vandalised transformer some months ago.