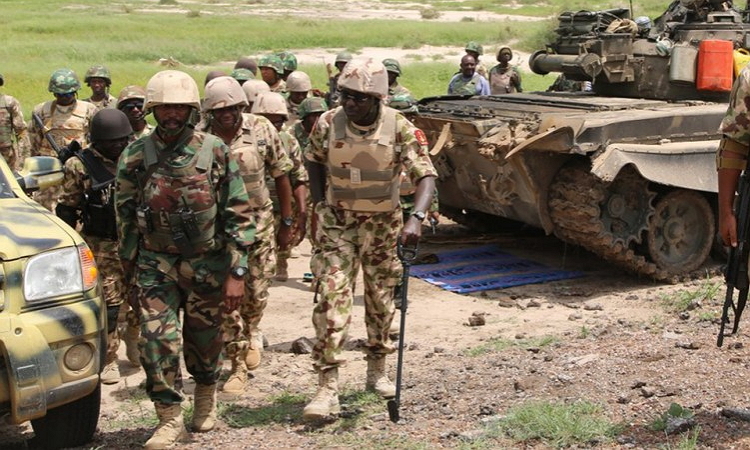 The Defence Headquarters has dismissed claims that its personnel killed in the war against Boko Haram war were buried in unmarked mass graves.

Reacting to a publication by The Wall Streer Journal, army spokesperson Onyema Nwachukwu said the paper was ignorant of military burial procedure in its Thursday report.

The foreign newspaper revealed that gallant soldiers were laid in a manner bereft of dignity in an unmarked gravesite near Maiduguri secretly.

Mr Nwachukwu, a colonel, said, “Therefore, it must be unambiguously clarified that the Armed Forces of Nigeria does not indulge in secret burials, as it is sacrilegious and a profanity to extant ethos and traditions of the Nigerian military.

“In tandem with the traditions of the Armed Forces, fallen heroes are duly honoured and paid the last respect in befitting military funeral of international standard.

“It features funeral parade, grave site oration, solemn prayers for the repose of departed souls by Islamic and Christian clerics, as well as gun salutes, aside other military funeral rites,” he said.

Mr Nwachukwu explained that the cemetery described in the publication, near Maimalari Cantonment, was an officially designated military cemetery with a cenotaph erected in honour of the fallen heroes.

“It is therefore a far cry from the sacrilegious impression being painted by the ‘Wall Street Journal”.

“The Defence Headquarters therefore urges members of the Armed Forces and the public to disregard such a misinformed publication.”

The army spokesperson therefore employed everyone “to see it as a figment of the imagination of the writer, whose knowledge of military valued ethos and traditions is grossly misplaced.”