Home National News Arrest Of 77 Nigerians By FBI A Big Scar On Us All:...
Facebook
Twitter
WhatsApp 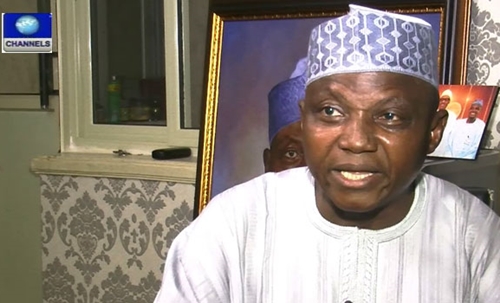 The Federal government has reacted to the recent arrest of 77 Nigerians by the Federal Bureau of Investigation, for online fraud.

Garba Shehu, the Senior Special Assistant to President Buhari on Media and Publicity, while speaking on Channels TV on Sunday, stated that the arrest is a huge scar on everyone in the nation.

“This is double damage on every citizen of Nigeria. It is a big scar on all of us who go out of this country and are seen in this image that these our brothers have created and the whole nation is tainted.

“For the government of President Buhari, what it means is that the government which has started its second term on the strong promises of reinvigorating the war against criminality including scams and corruption, the government is serious engaging in revamping all of the laws and infrastructure for fighting this sought of crime.

“The government will generate and ask for new laws from the National Assembly and there will be new executive orders that will block some of the loopholes that are being exploited by some of these Nigerians who go out there and blackmail the country. The laws have got to change. These scams have to be tackled’, he said.

“The actions of a few Nigerians is not the action of the whole of Nigerians. We are 200 million in this country and you are talking of just about 80 in this case. They will face the justice system in the US. If the Nigerian government is required for extradition or any other way, if it meets the requirements of our laws, they will be assisted to prosecute them and to face justice in the US” he said.