Big brother Naija housemate, Gedoni campaign billboard to vote the housemate in the house have been spotted in Calabar, Cross Rivers.

The 31-year-old Cross Riverian housemate is however not on possible eviction this week as his team won the big brother Naija game this week.

Gedoni who is a former model and Fashion designer has only been on eviction ones and he scaled through it with his lover Kaffi in the first week of the reality show. 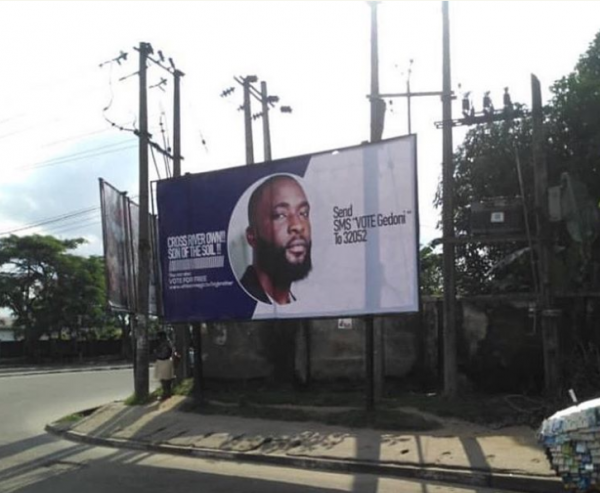 Many social media users have made a fuss about him being an indigene of Calabar because of his marathon sex with Khafi.