Controversial Nollywood actor, Uche Maduagwu, has attacked Peter Okoye for saying he would give BBNaija housemate, Tacha N60m if she fails to win the TV reality show. 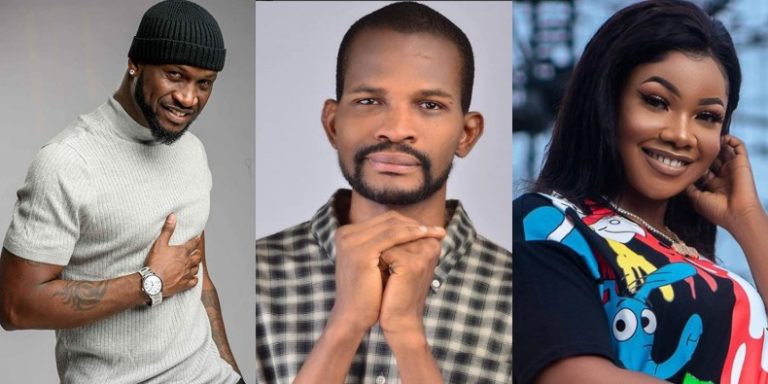 In an Instagram post, the Nollywood actor queried how many boreholes the singer has sunk in his village before planning to reward the reality TV star with such amount of money.

Before you give TACHA 60 million Naira if she does not win BBnaija 2019, how many BOREHOLE have you built in your village? 🤷‍♂️🤷‍♂️

The kind of celebrities we have in this #country are so #FUNNY, 🤣someone just told me an up coming singer allegedly said he would give #TACHA 60 million Naira if she does not WIN #BBnaija2019, 🙄abeg, help me ask that up coming singer how many borehole he has built in his own village through out all his #MUSIC career? 🤣Is it up to half of that money he allegedly wants to give a #GIRL on #PepperDem? 🤣

This is why #America and #UK laugh at us in #Nigeria, imagine, with all the #POVERTY in #Naija, 🍚these your so called celebrities will never HELP the poor or youth who have great business ideas, or even go to charity homes to give this millions, 💰so many villages in the #EAST lack clean drinking water, how many of these little things have you done to assist? 🤷‍♂️But, when it comes to criticizing #Buhari, they will be number one, what is wrong with us in Africa?🙄 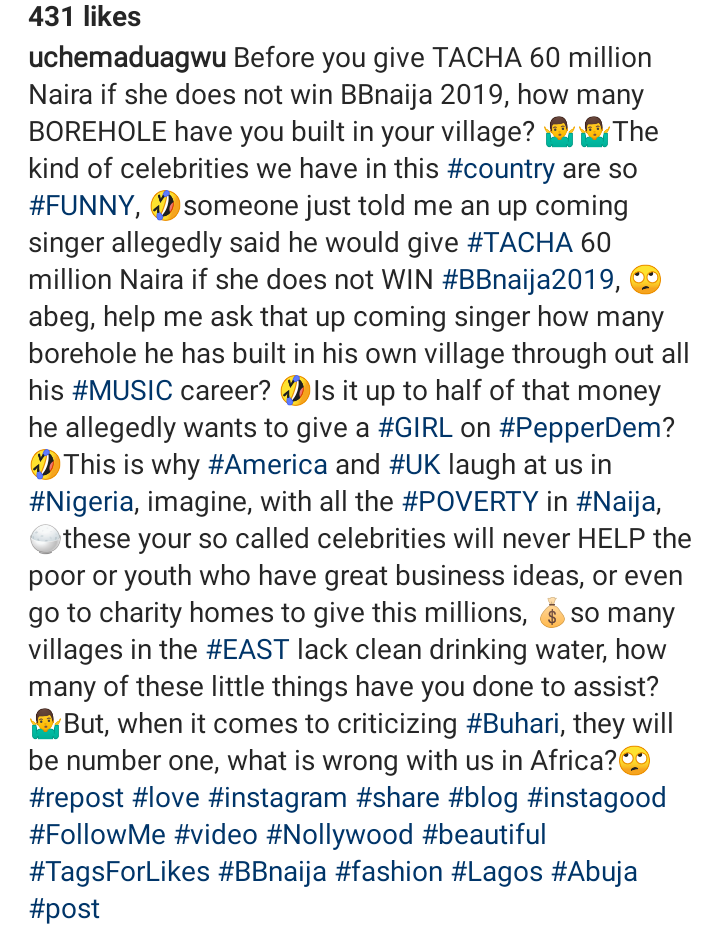 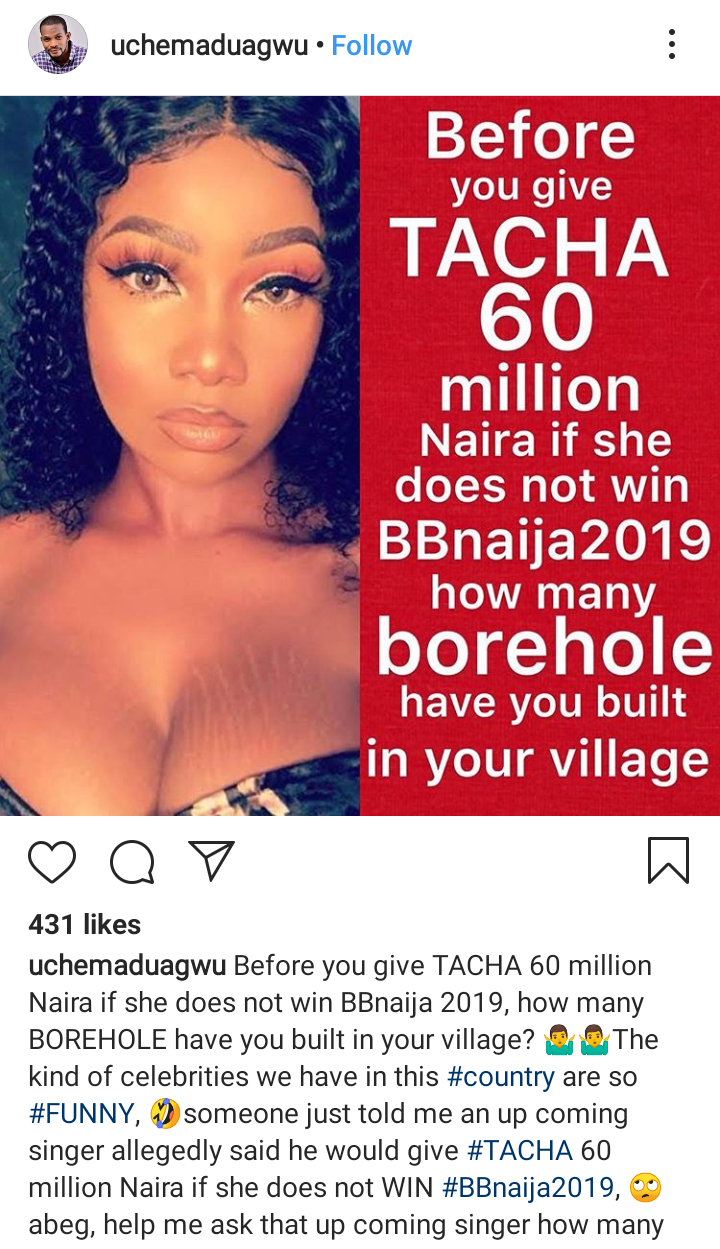