Popular Nollywood Actress, Omotola Jalade-Ekeinde has replied a nosy follower who asked if she is still married to her husband, Captain Mathew Ekeinde.

The curious user commented on her photo on IG, asking if the mother of four is still married as she has stopped sharing photos of her husband on social media.

“Are you still married? Because u have stopped posting your Husband, by the way I still love you, my supermodels” .

The Actress replied her saying;

Temped to block you. not deceived you’re a fan…. but will watch you… 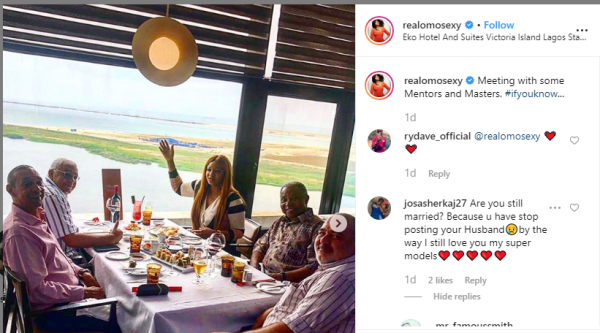