Mavins act, Johnny Drille has showered praise on former chocolate city act, Brymo as he declared him as the greatest.

The Mavin Singer, Johnny Drille, made this decoration on his twitter page about the former chocolate city artist.

Also Read: You Have Lost Touch With Reality — Ezekwesili Knocks Buhari Over Comment On Food Security

It seems the duo are planning to release a single, but whatever the reason is, this opinion has generated a lot of mixed reaction on social media. 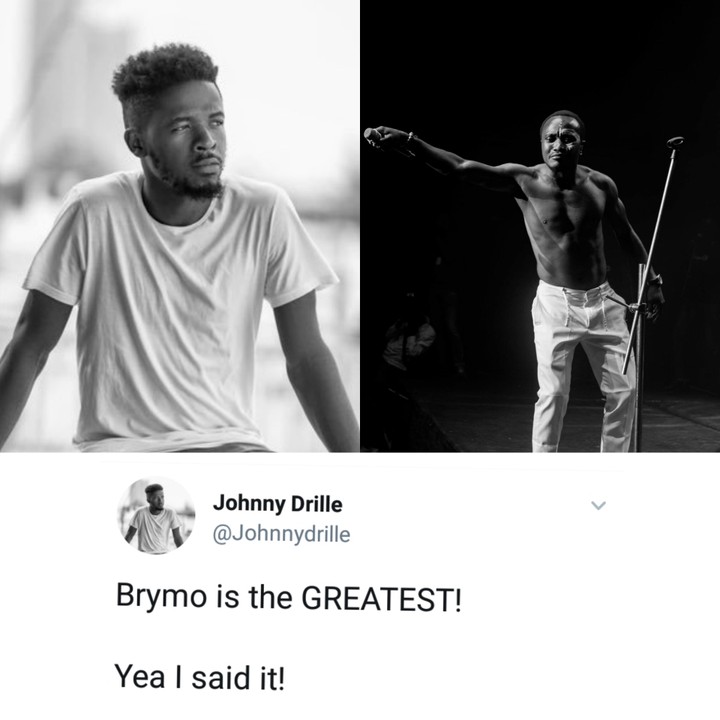