Jamaican born British rapper, Stefflon Don has set social media on fire after she twerked for her fans at a beach show in Ibiza. 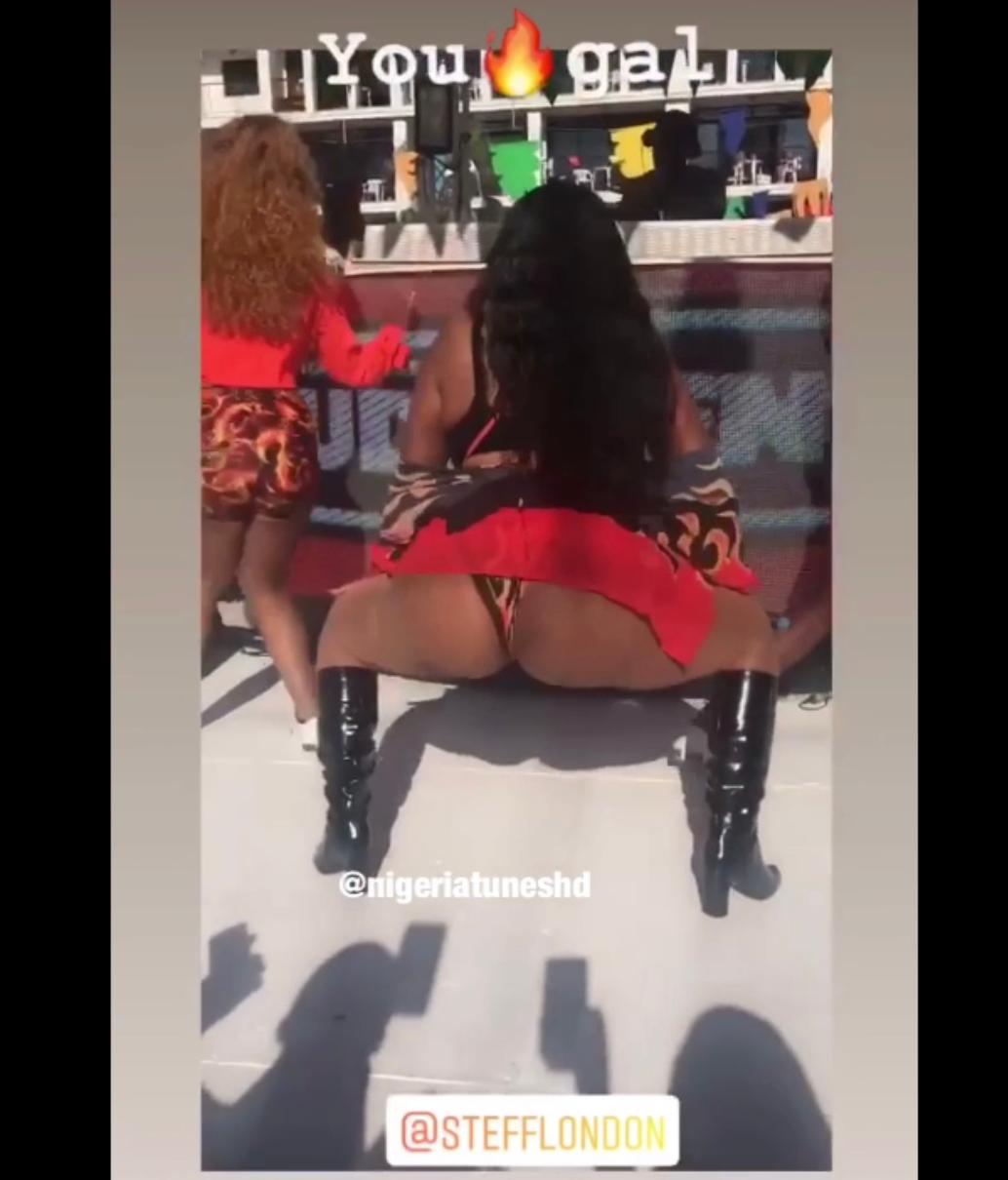 The curvy musician, who wore a swimsuit and covered her modesty with a jacket, shared videos of her performance on her Instagram story.

Fans of the singer were super excited to have her visit their city.

The singer also invited some of them on stage to twerk.

Stefflon Don did not disappoint as she entertained her fans by twerking on stage but her jacket flew up in the process exposing her big bum.

However, her boyfriend, Burna boy was nowhere in sight.

The Nigerian singer did not accompany his wifey because he was in the United States doing radio and TV promotion for his new African Giant the Album.