Comedian, Mr. Jollof has taken to his Instagram page to blast, popular human right activist, Femi Falana (SAN) over his call for the release of Omoyele Sowore. 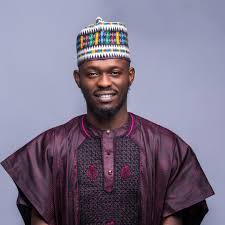 Omoyele Sowore was arrested on Saturday morning over the proposed #revolutionnow protest by state security.

Also Read: Man Walks Into Office For Interview Only To Discover His Prospective Employer Is Someone He Had Insulted Before

Reacting to this act, Femi Falana agitated for the release of Sowore, citing a protest led by President Muhammdu Buhari in 2011.

However, Mr. Jollof blasted the human right lawyer, stating that Sowore made a mistake.

The comedian went further to plead for the release of Sowore.