Former Nollywood actress, Cossy Ojiakor has reacted to the interview the producer of ‘Itohan’ (movie in which it was alleged she had sex with a dog) granted. 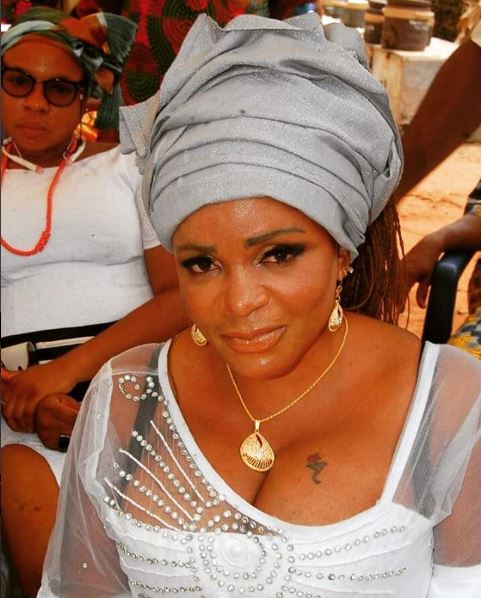 Recall that it was earlier reported that Lucky Ewah said the materials Journalist Tunde Moshood uploaded, are not from the ‘Itohan’ movie.

Reacting to the interview in which Mr. Ewah debunked the dog sex claim, Cossy Ojiakor threatened to sue as she stated that ‘justice can be delayed but never denied.’

“Awwww Mr Lucky Ewa ( Itoha movie producer) finally speaks to Vanguard @ayo_onikoyi. Thanks dear… justice can be delayed but never denied…… ohhh I read stuffs about a beauty contest organized by Tunde in 2014. Who is this contestant no 16? Selected by the judges but disqualified by Tunde for not performing well in camp. pls someone should help me buy vanguard… I will need this for proper documentation.” 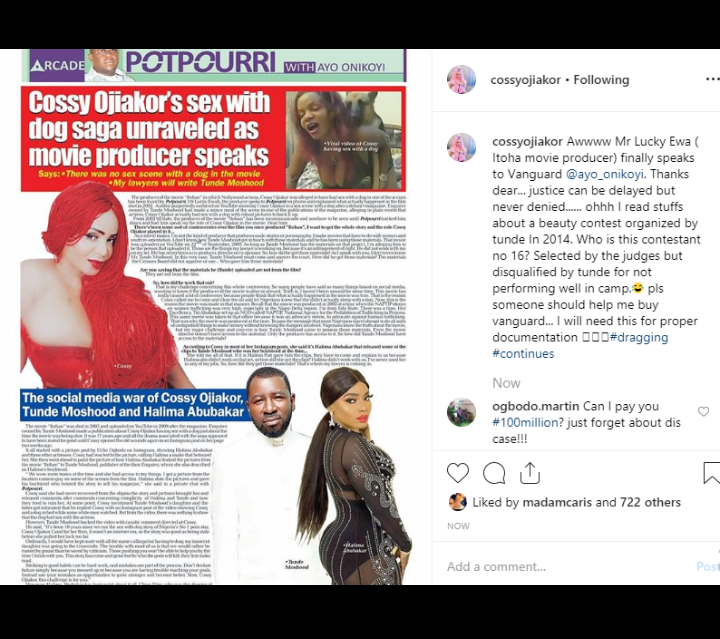