Kosisochukwu Anioma, the daughter of a former aide to ex-Governor Chimaroke Nnamani, Frank Anioma, who was reportedly kidnapped, has been found.

The girl’s father had taken to social media to announce that his daughter had gone missing on Thursday in Enugu State.

Anioma stated that his daughter was on her way to the New Haven market in Enugu at about 7am on Thursday when she was kidnapped.

A new report has now confirmed that the girl was not kidnapped but had left her hometown in Enugu to visit her boyfriend in Owerri, Imo State. 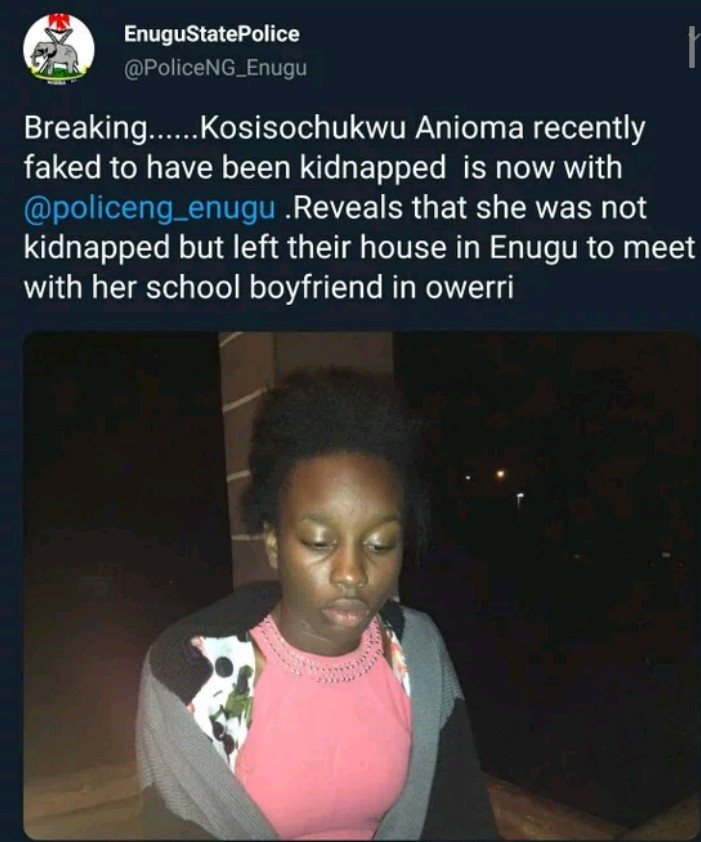