Popular singer, Davido took to his Instagram page where he posted a photo of DJ Olu in commemoration of the late disc jockey’s birthday.

The death of DJ Olu in 2017 came as a shocking surprise to many, and even the circumstances behind his death were controversial.

Gbemiga Abiodun, also known as DJ Olu, one of Davido‘s official DJs, and son of Dapo Abiodun, was reportedly found dead in his car.

Also Read: Mosun Filani Reveals Why Her Housemaid Doesn’t Cook For Her

According to reports,Olu and a friend, Chime were found dead together in the car, days after Davido’s friend, Tagbo, died after a heavy drinking bout.

The son of the current governor of Ogun State, Dapo Abiodun was supposed to return to the UK for his postgraduate studies before his death.

See the tribute below: 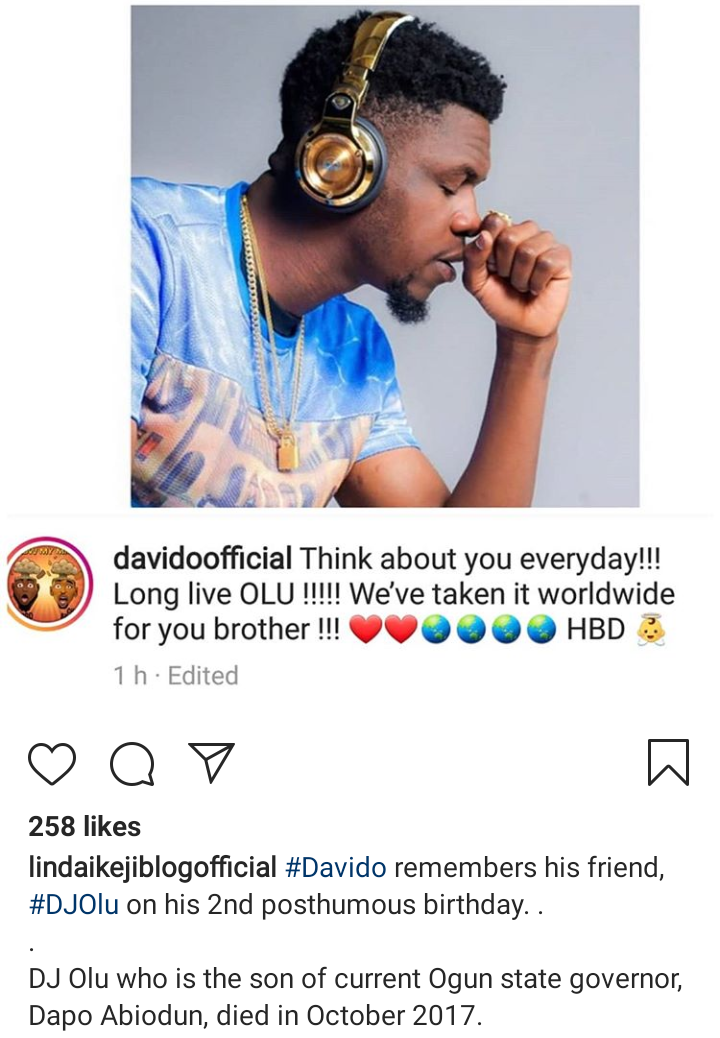