Singer, Davido has mocked DJ Cuppy in her comment section calling her “Werey” which means “mad” in the English language after she shared a post on her Instagram page asking her followers if they have listened to her new song, Gelato.

The Dj, who took to her Instagram page to promote her new single, Gelato featuring Zlatan has gotten a lot of reactions as many have trolled her, however, the excited DJ is overhyped about the song as she has been creating a buzz for herself on social media.

DMW boss Davido in her comment box jokingly commented “Werey” which means “Mad” in English and has got many asking if it was a diss or a joke. 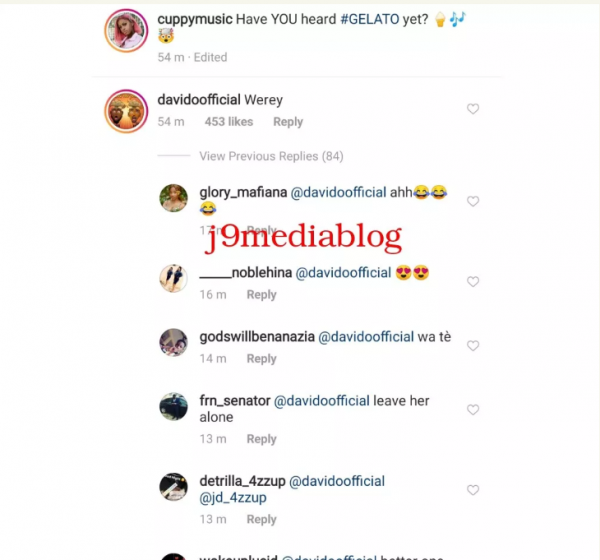