He was received by medical doctors and wheeled into the hospital.

El-Zakzaky who is on a trip to India for medical treatment had earlier made a stopover in Dubai.

Also Read: Anyone Who Says Buhari Isn’t Working Is a Liar From The Pit Of Hell — Joe Igbokwe

The spokesperson of the Islamic Movement in Nigeria (IMN) told Channels TV that Ibrahim El-Zakzaky and his wife made a stopover at Dubai International Airport on Tuesday morning at about 4:00 am. 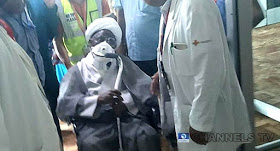 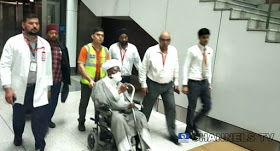