Former Big Brother Naija ‘Double Wahala’ housemate, Alex Unusual has embarked on a new adventure as she sets her sight on the Nollywood industry.

Also Read: “I Wonder Why No One Talks About The Condition Of The Vagina After A Natural Birth” – Korra Obidi

Alex Unusual stylishly announced her studentship at the film school as she announced getting compliments on a job well done gives her joy. 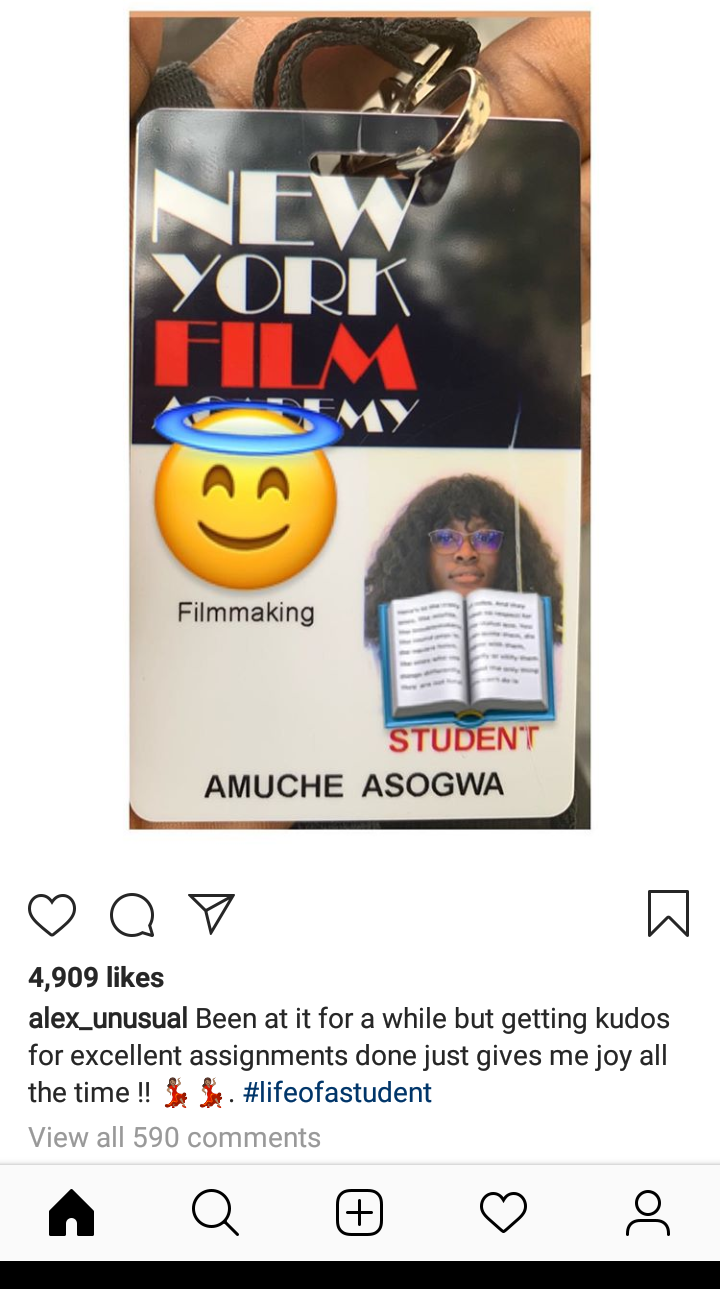