Former Nollywood actress, Georgina Onuoha has taken a swipe at President Donald Trump‘s supporters while reacting to a photo of a black man being tied up with rope and dragged through the streets by two white policemen. 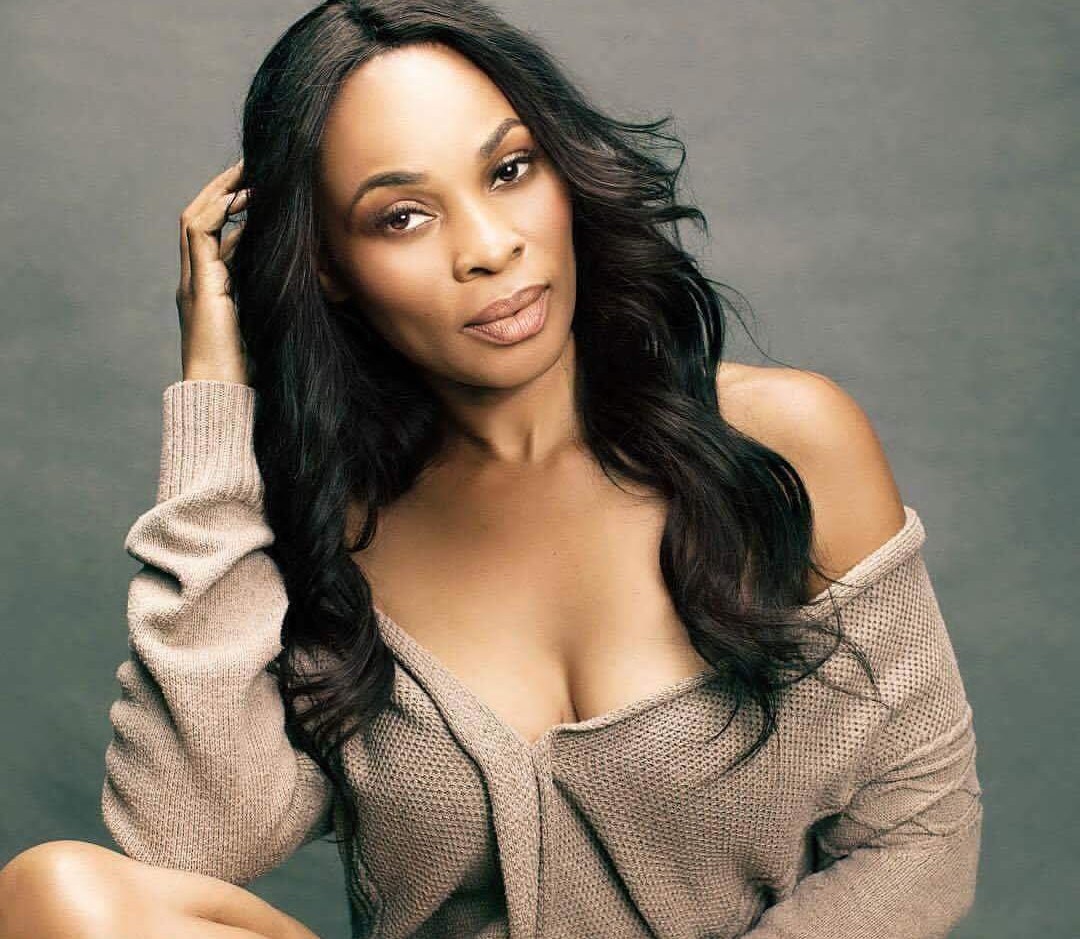 Georgina Onuoha also prayed for the inhumane act perpetrated by the white policemen to be done on Trump supporters and their unborn generation.

“This is not 1700 or 1800 or some Rosewood Hollywood movie, this is now in Texas a black man tied up with rope and dragged through the streets by two white policemen. If you as a human being let alone as a person of color is not disgusted by this, I don’t know what else will.

When I see useless Nigerians and Africans support the most hateful and despicable soul called Trump because they think the economy is great or talks tough. May the heavenly host descend upon and May the same inhumane act be done upon you and your generation unborn.
When I hear useless idiots especially people of color defend a man who has insulted the whole black race, and defame people of color and use words that are only used when referring to animals “infestation” may it never be well with you.

For those who call themselves Christians and still think Donald Trump is sent by their messiah, may you continue to wallow in your stupidity till the second coming of Christ. @realdonaldtrump has awaken the scariest and darkest times in America’s history. Given white supremacist and kkk a megaphone to spew hate. Endorsed white nationalist and constantly calling out black people and Mexicans. May heaven never be kind to this man and anyone that supports him.

This is 21 century and a black man is being tied up and dragged down the street with white cops on their horses? No you are not watching gladiators you are watching the humiliation of a human being in the most inhumane form.” 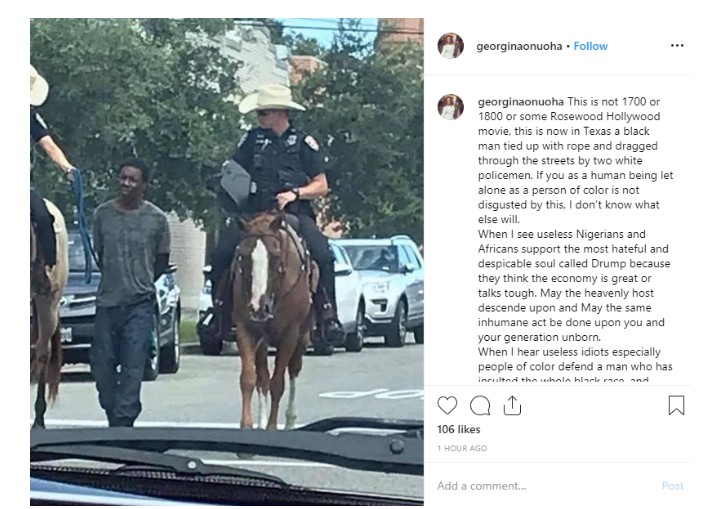