Many Nigerians have largely described the Nigerian police to be professionally ill, as many have come out to accuse the police of bribery, corruption, extortion, and harassment of citizens. The international community rates the Nigerian police as one of the most corrupt in the world.

This has, however, caused many Nigerian to lose hope and confidence in the Nigerian police owing to the unethical conduct of some of its operatives.

READ: A Peep Into The Trails, Challenges Of NYSC Corps Members

The Nigerian society is largely regarded as a developing state and some have said it has invariably affected the police force as some have protested that the Nigerian police are not well equipped in literacy and training. Accordingly, illiteracy, inadequate funding and welfare of the policemen have been argued to affect the efficiency of police personnel.

In the same vein, some members of the police have been diligent in their works and have received recognition from the international and local level but this is pinch salt compared to the ills of the force. Some operatives of the Nigerian police have however been reported to involve its self in embarrassing extortion, illegal detention, harassment and extrajudicial killing.

In separate interviews, Information Nigeria reached out to some victims of police harassment and extortion, chronicling their heart-breaking tales.

A student of the University of Lagos, Ramon gave a full insight on what he went through in the hands of some policemen:

“My experience was an unlawful arrest by the police. I was on my way to my mom’s office that fateful day, my mom had ordered an Uber to bring me to her office at Alausa from Unilag.

“I was on my way when a police van crossed us and told us to park, we did and I was interrogated for a while and later one of the policemen requested for my phone, I hesitated at first, but later gave them.

“As we continued the journey in the Uber ride, I was told to call my yahoo friends to come bail me, and I said I’m just a young university boy going to see my mom at her office. Then one of the policemen told me to call my mom to come to bail me. 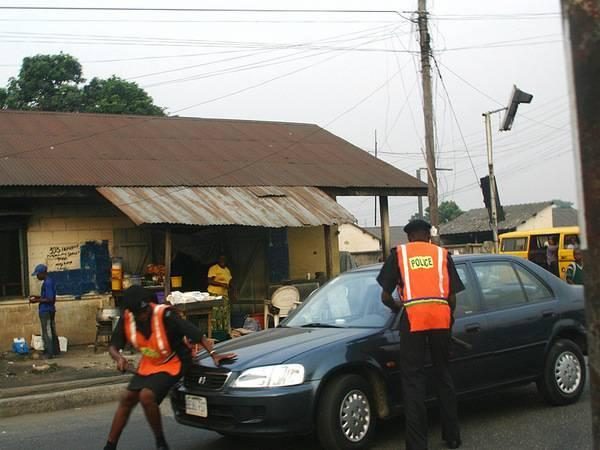 “After I called her she asked she speak with the  policemen who told my mom they suspect me to be a Yahoo boy and she has to pay N150k to bail me or I’d be taken to ‘Panti’ Prison and I won’t be seen, my mum protested saying she can’t pay that money because I wasn’t even guilty of I was accused of. After a while, she said she was coming to bail me and not take me away from there.

“The policemen started interrogating me about my parents and wanted to know my family background. After a while, I was released but the officers maintained my face has been marked, saying I will be rearrested.

“In all of these, my ATM was collected; I was hit and threatened to be shot.”

A young stylist and a student of Yaba College Of Technology narrated his ordeal with men of the police force when he was going to get materials for his clients:

“So I was on my street at Akinola in Bariga, when some police officers on the street were picking boys at random.

“I was on dreads because I’m a fashion enthusiast and a stylist. On my way out, I encountered two men who were on mufti and they flashed an ID card saying they are police force personnel, I was first accused of being a bad boy because of her hair and they instantly told me that I would need to go with them to the police station.

“I protested that I cannot. One of the policemen requested for my phone, an HTC Andriod, and after they searched my phone, they concluded I was a ‘yahoo boy’. In all honesty, I was in a hurry to get some fashion materials for my clients and I did not want any delay from these men so I told them to name their price out of the desire to leave them and get going, not because I was guilty of their accusation.

“One of the policemen said 10k, but I didn’t have up to that, and in fact, I’m, not a yahoo boy Then we were dragging forth and backing, can you imagine we were negotiating on the money they will collect. We settled for 5K and I just had to leave because these policemen will waste your time and still collect money.

“I have encountered them many times and sometimes I have to bail myself away.”

The most common venue for police extortion in Nigeria occurs at police roadblocks and checkpoints. On a daily basis throughout Nigeria, drivers of taxis, minibuses, and motorcycles, as well as private motorists are subjected to routine extortion under threat of arrest, detention, and physical injury after being obliged to stop at official or semi-official police roadblocks.