Popular OAP, Toke Makinwa has reacted to the rumors going around that she is in a relationship with an unidentified person. 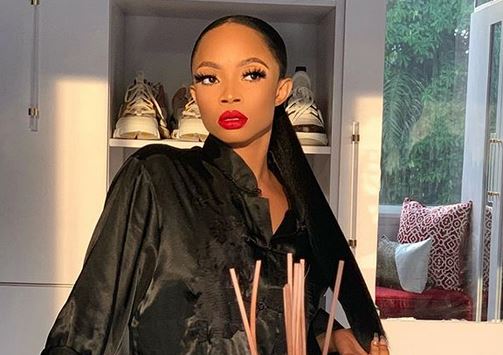 The OAP has been continuously in the news over her relationship status as several reports have linked her to one guy or the other since her divorce.

Reacting to the rumors, Toke Makinwa clarified her relationship status as she declared that she is single.

“First, I am still single, as single as a dollar bill but not as a result of the scarcity of “m,”,” but by choice. I love me too much to share me with anyone till…. well till I find someone who is worth it.” 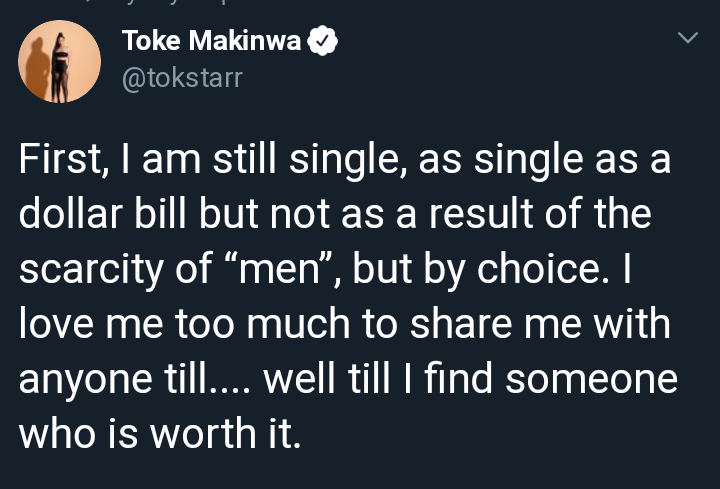