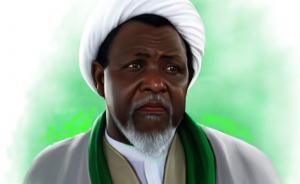 The leader of the Islamic Movement of Nigeria (IMN), Sheikh Ibrahim El-Zakzaky has said that he was in a  better place in Nigeria in the last couple of years.

In a video on youtube, the IMN leader said that he and his wife have been living large, being in a large well-furnished house and allowed to move freely inside the house without security presence.

He said that the only security presence were outside the building and at the gate, adding that the only time he felt imprisoned was at the Indian hospital.

“I have been about four years in prison now; a house fully furnished. In fact, our next neighbour was the senate president; a large house.

“I was free to move about. Similarly, when they moved me to Kaduna I was in the best area – government reserved area.

“It is a house fully furnished with large bedrooms and I was free. I have never been in detention with police there; in fact, the soldiers used to stay outside at the gate. That is what they have been doing,” El-Zakzaky said.

El-Zakzaky was satisfied with his experience in the supposed-to-be prison that he said he preferred it to Medanta Hospital, which he now likened to the real prison.

According to El-Zakzaky, when they got to India they were put into prison.