Popular Internet Comedienne, Gloria Oloruntobi, better known as Maraji, has taken to Instagram to air her beliefs that Jesus is the only way to heaven.

Maraji is currently the number 1 trending topic on Twitter for dismissing other religions and she seems to be unapologetic about her religious stance.

Many of her web users have called her out for posting the “offensive/Islamophobic” messages on Eid-El-Kabir, a day for Muslims all over the world to celebrate.

However, the entertainer claims she didn’t mean to be offensive but won’t bend her truth just to adjust to standards of other people.

The Internet sensation shared a series of post on her InstaStories, One of which stated that,

“There is only one way to heaven.No Allah, No Buddha, No Krishna, No Evolution. Only Jesus!!!

Jesus answered, “I am the way and the truth and the life. No one comes to the father except through me. John 14:6.”

“Not trying to offend anyone, but the truth is quite offensive”

Some Christians defended her, pointing out that what Maraji said is no different from what most Christians are told in church by their pastors. 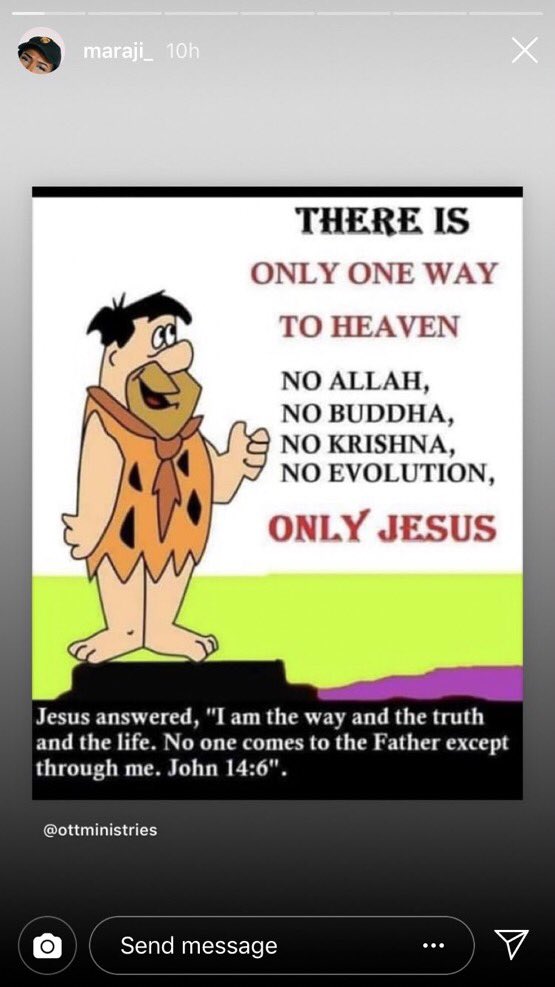 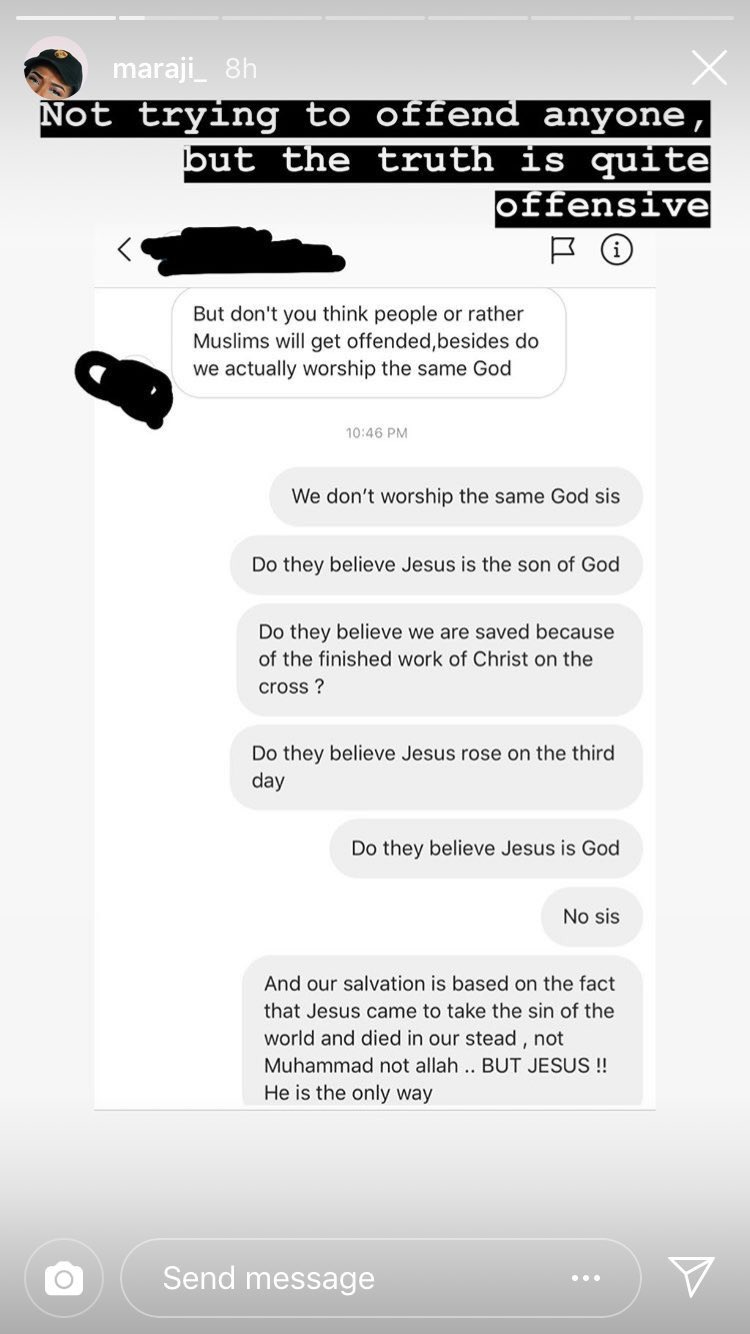