Nigerian singer, Kizz Daniel came under massive heat for failing to show up at an event he was meant to perform in Montreal, Canada.

The singer explained the reason for his absence via a statement that was shared on his social media page.

ALSO READ: [Video]: Nigerian Man Blocks Kizz Daniel’s Car, Threatens To Kill Himself If He Refuses Him A Photograph

According to the singer, ‘a lot has been said about the Montreal incident. However, this is what really happened. Thanks to everyone who has patiently waited to hear from us’.

Read the full statement below; 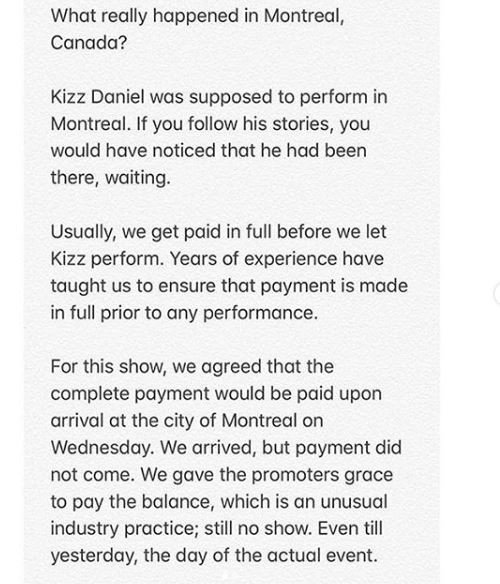 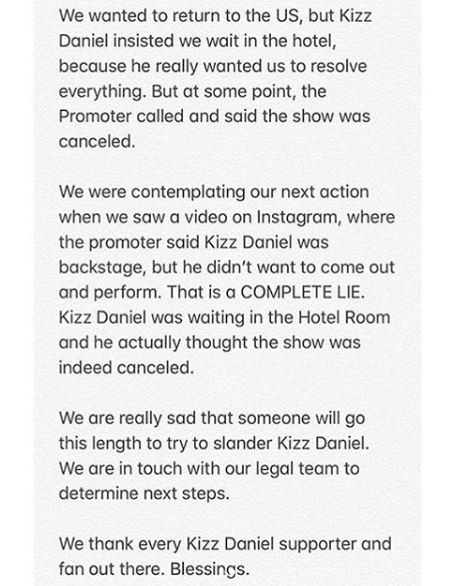