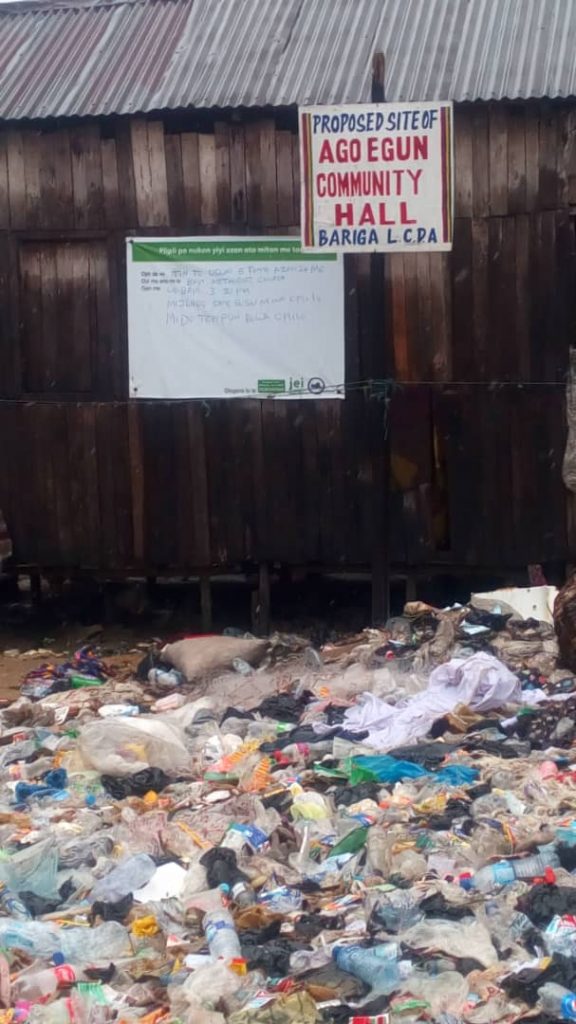 In a significant number of societies worldwide, the major role of men is to serve as breadwinners in their households.

But, in Nigeria, since the mid-1990s there has been a steady rise in the number of women breadwinners in many households.

Ago Egun community in Bariga axis of Lagos State is a rural area with a relatively low standard of living. In this community, women are the breadwinner of the family. Women feed, cater, and clothe the husband and children.

Women in this community, Information Nigeria gathered, are fish sellers. They go to market in the morning to trade, come back home at night to give the proceeds to their husbands.

Most men in Ago Egun community have more than one wife. Hence, it is the duty of the woman to nurture the children and set them on the right path.

How Women Assumed The Role Of Breadwinner

The business activity in Ago Egun is structured such that their men fish in the sea, and their women smoke the fish on circular wire grills.

The people of Ago Egun have made a living from fishing ever since their families first settled on the edge of the lagoon more than 50 years ago.

But in May 2017, a company, Nigerian Westminster Dredging and Marine Limited, started a land reclamation project on the edge of the Lagos Lagoon.

The land reclamation project, which is opposite the community, is being done on the behest of the Lagos State government.

But as the reclamation of the 29.6 hectares site for the project continues, the misery of inhabitants of Ago-Ego deepens.

Silt flowing from the dredging site towards the community completely blocked the fishermen’s route to the Lagoon.

Today, nobody fishes in Ago Egun anymore. Residents lament over the dredging project the Lagos State Government embarked on in 2017.

The men now stay at home, while the women cater for the family by selling smoked and roasted fish, and other odds and ends. But these dwellers have graduated from poverty to extreme poverty in Nigeria just a few years ago.

According to Ajagun Francis, a resident and also Chairman of Fishermen and Women Association, “Before government commenced dredging project, we go into the lagoon to catch fish, being our major occupation here.

“After fishing in the lagoon, we come back home and our wives smoke and sell the fishes.

“That is how we have been making ends meet.

“Now, we can no longer access the lagoon for fishing due to the dredging project by the state government.

“We barely feed well these days; our wives have been the ones feeding us.

“Our children no longer go to school because we do not have money to pay their school fees.

“However, we thank God for providing little for us to sustain.

“We are begging Lagos State government to come to our rescue.”

Another resident, Tunde Agemo, says “we are aware that government builds hospitals for other communities but we don’t know why we have been abandoned here.

“We are appealing to the state government to provide us with these basic amenities of life.

“All the men in this community are being fed by their wives, this is due to the dredging project embarked upon by the state government.”

“Our wives go to the market to sell fish, come back home to feed us, and children with the little proceed from the fishes sold.”

The community is currently at threat of eviction promoted by the Lagos State government, which intends to construct an extension of the luxurious neighbourhood of Victoria Island and to clean the image of the megacity.