A Twitter user @JamalNathaniel_ has taken to the platform to share the story of his cousin’s husband who killed her mom and dad, shot their son in the hand before killing himself over his wife’s decision to file for divorce

Reports have it that the incident happened at Charles County in Maryland, United States on Friday, August 2.  Police spokeswoman Diane Richardson has now confirmed that the shooter’s 11-year-old son has been flown to the hospital for treatment. 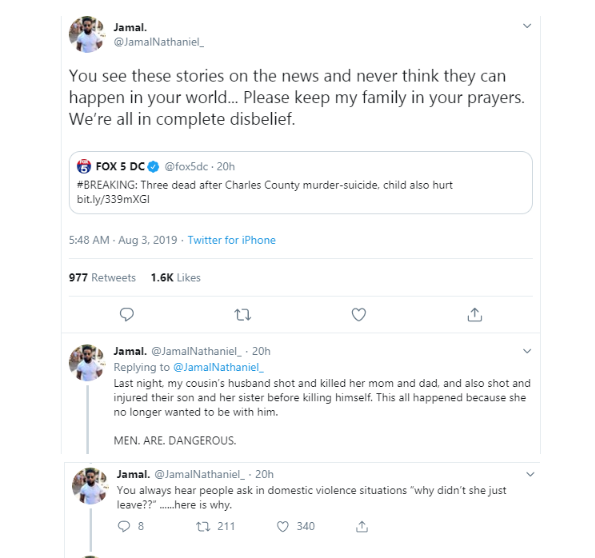 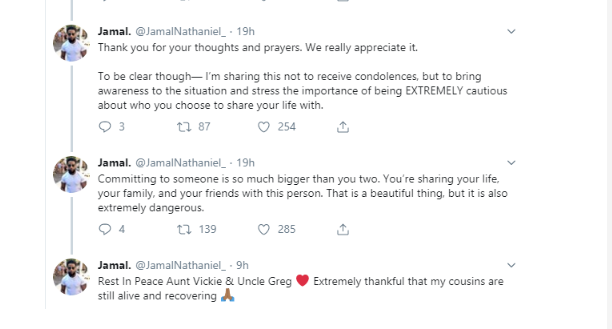