A heavy clash between some Yoruba and Hausa youths occurred today in Oke Odo area of Lagos state.

It’s unclear the cause of the clash, but it took place at the popular Oke-Odo Market leading to loss of property worth millions.

According to TheCable, the conflict started on the night of Saturday, when traders at the market clashed over a yet to be identified issue.

The situation has reportedly escalated as traders started burning wares and make-shift tents. 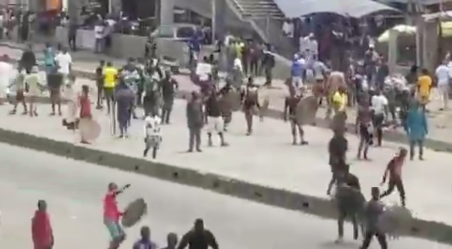