A mother of four, Mrs Chinasa Odah, has passed away after a failed abortion which caused her to bleed to death in the penultimate week. 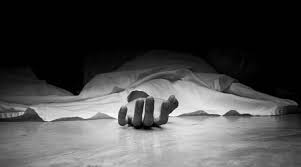 The native of Inikiri Effum community in the Ohaukwu Local Government Area of Ebonyi was rushed to Sudan hospital after she had complications from taking abortion pills.

Before her demise, the 29-year-old lady opened up on her extra-marital affair to her husband, Michael Odah.

“Chinasa was bleeding from her private parts. When she was questioned, she opened up that one Monday Mgbada impregnated her and administered abortion drugs on her. As soon as she made that statement, she gave up the ghost,”

According to Punch, Mgbada has been arrested by the police after the lady disclosed that he administered the abortion pills.

“The man has been arrested and investigation is ongoing. The suspect will be arraigned after investigation. The woman is 29 years old and has four children before going for extra martial affairs. The man will be charged with murder.”