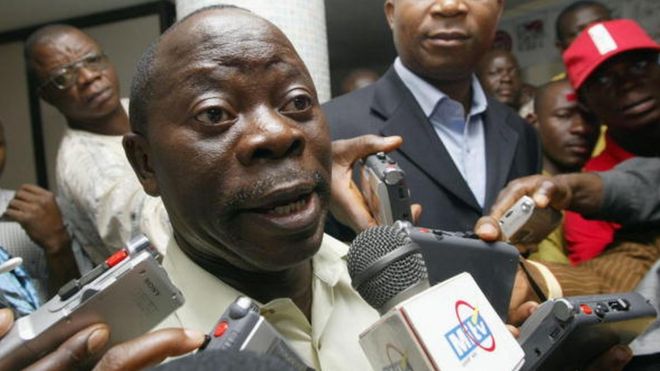 The National Chairman of the ruling All Progressive Congress, Adams Oshiomole, has attributed his combative nature to his background as a labour union member and leader.

While briefing newsmen on Friday in Abuja, Oshiomhole stressed that none of that is going to change because he went from carrying placards to using an executive pen to get things done.

“Whatever I am doing today, my style and choice of what I do and what I abstain from doing, I owe to Labour. If you study the Nigerian media, there is this saying that as national chairman of a governing party, I am not supposed to be combative. I am even more convinced now about the need for combat.

“If this country is going to change and deliver to the poor, deliver decent jobs, we need not diplomacy, but aggressive engagement to force those who are benefiting from the status quo to change and in such a way that will make the country to work for the people who live on their wages.

“I am very proud of my background, as a factory hand, as a factory organizer, as a General Secretary of Textile Workers and as President of NLC. Some people said I have I cross over and I ask, to where? I just continue with the struggle. I move from conveying my grievances with placards and organizing strikes with protest and pressure, to trying my hands on the driver’s wheel, to try to do those things that I try to communicate with placards and then use an executive pen to get them done.”