From all indications, it seems popular American rapper, Nicki Minaj has officially tied the knots with her long time lover.

This is coming after the popular rapper changed her Twitter name to Mrs. Petty, the surname of her fiance, Kenneth Petty.

It should be recalled that in June, the rapper revealed that she and her lover had obtained a marriage license, which means she would have 90 days to tie the knot.

Also Read: ‘You Are Used To Dealing With Stupid People, Not Me’ – Nicki Minaj Slams Joe Budden

However, due to work, Nicki Minaj and Kenneth reportedly had to renew it to extend their timeframe.

The American rapper pointed out that she would get married within the specified time and most likely have an elaborate celebration later on.

Right now, it appears the rap Queen has finally tied the knot with her childhood friend. 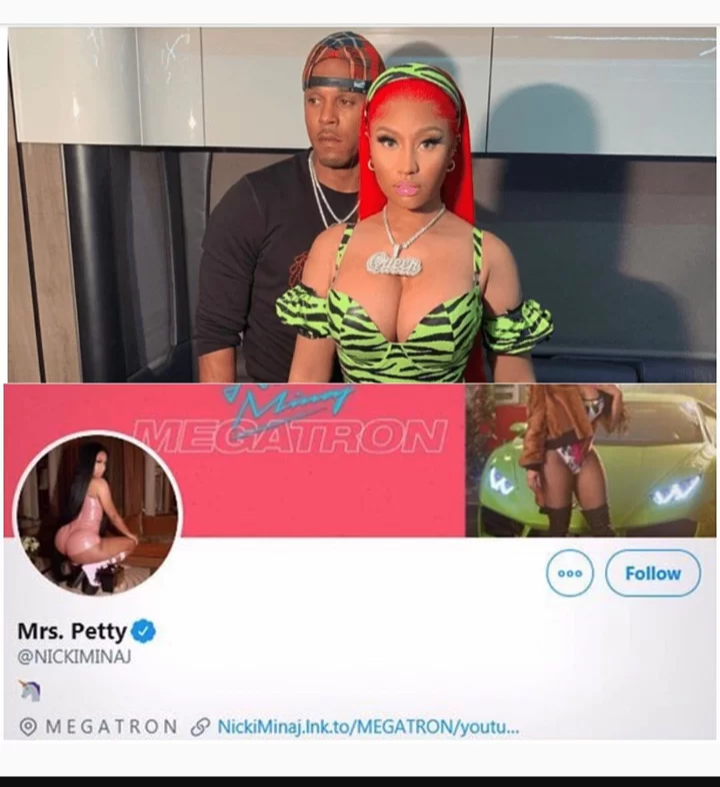