Controversial former BBNaija housemate, Gifty Powers has come under attack for teaching her 1-year-old daughter, Alisha Powers how to twerk.

The former Big Brother Naija reality star shared a video of her and Alisha dancing together, in which the former turned her backside to the camera and began twerking leading her daughter to join her.

Nigerians stormed the comment section of the video to blast her, stating that her daughter looks malnourished.

Gifty, however, wasted no time in firing back at them.

See video and reactions below:

It’s Always Beautiful With My Daughter😘🥰. PS: Always Cherish The Moments You Have With Your Kids🙏. 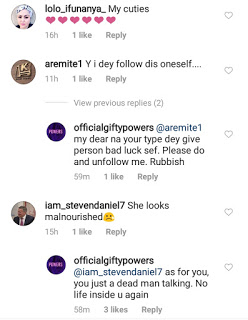 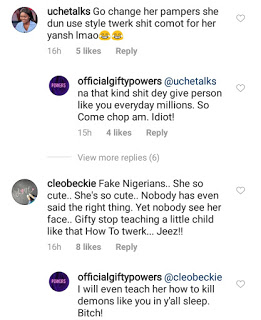 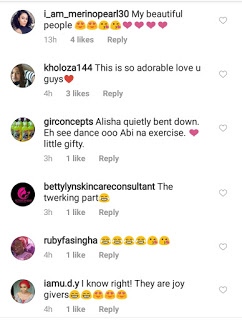