A Nigerian man has taken to Twitter to call out his female friend for leaving his toilet unflushed after he hosted her.

According to @OlaOfLife, he gave the Abuja-based lady a place to stay in his house during her trip to Lagos for the NBA conference.

However, when he got home, there was an awful smell coming from the toilet in the guest room where she stayed.

The lady did not flush the toilet and she had also left used tissue paper on the floor.

The web user revealed he confronted her on Whatsapp but the lady blocked him after she apologised. 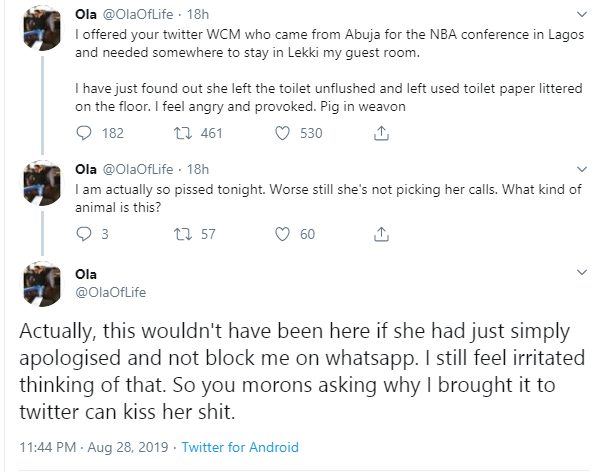 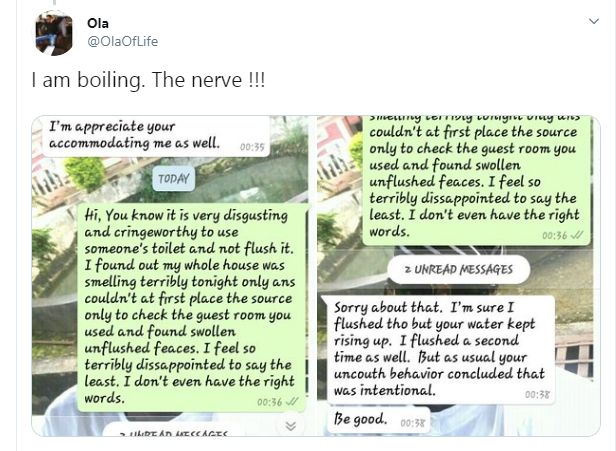 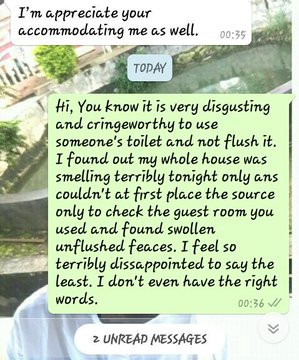 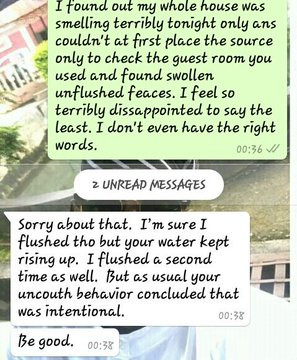