Nigerian rapper, Joel Essoumam, otherwise known as Cameey has passed away after a long battle with Hepatitis B, which later developed into Liver cancer.

The rapper was said to have died on Thursday.

Although, many Nigerian celebrities had earlier posted on their social media for fans to help him raise $100.000 which is almost 30 millionaire naira demanded for his treatment.

His management broke the news of his death on his Instagram page, stating that all donations should end.

Fans of the rapper have trooped to his comment section to mourn him and express their schock as he will be greatly missed.

Read Also: “Dating A Stingy Man Is Like A Disease”, Says Toke Makinwa 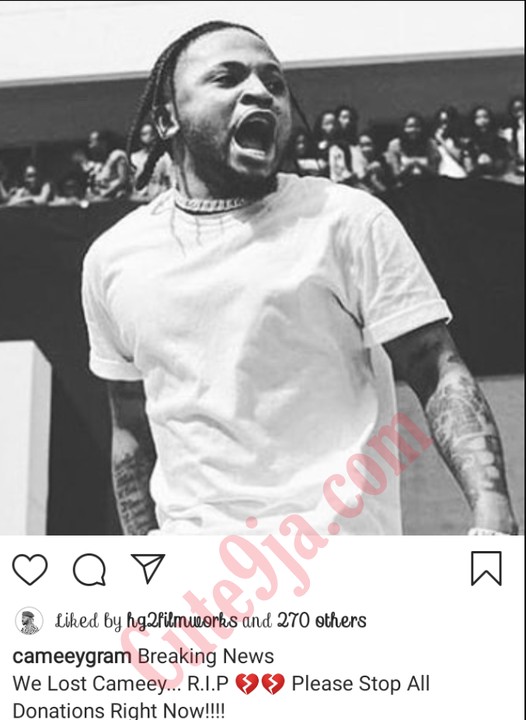