Nnamdi Kanu, the leader of the IPOB group has made a claim, stating that the man in Japan is not president Buhari as he believes he was photoshopped. 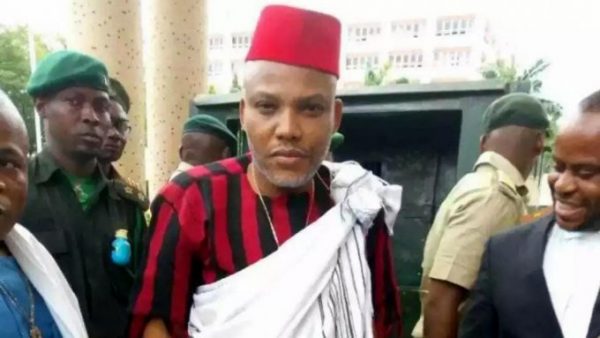 Nnamdi Kanu, in a statement, ordered his members in Japan to disgrace President Buhari just as their counterparts in Germany did to ex-Deputy Senate President Ike Ekweremadu on August 17th.

According to the leader, the man being paraded as President Buhari in Japan is a 45-year old man

Read his statement below

The Grand Deception has Begun: Jubril-Buhari Still Missing in Japan over 24 Hours after Departure from Nigeria

As with previous photoshopped visit of the impostor Jubril Al-Sudani on behalf of the dead Muhammadu Buhari, the much publicised presidential visit to Japan has kicked off with another round of deceit, well craftrd lies and photoshop.

We must recall the special adviser to the president on media and publicity, Femi Adesina, issued a statement a few days ago regarding this visit. In that statement he said and I quote, “President Buhari will be accompanied by governors Babagana Zulum, AbdulRaham AbdulRazaq and Babajide Sanwo-Olu of Borno, Kwara and Lagos States respectively; ministers and other top government officials.”

Yesterday Femi Adesina went ahead and published photographs allegedly taken inside the presidential jet as those mentioned above sat with Jubril-Buhari on their way to Tokyo. (Please see the first picture)

More than 24 hours after the widely reported departure of Jubril-Buhari presidential jet from Abuja and without any confirmed landing at Tokyo airport or elsewhere in Japan, where IPOB had camped waiting to receive him, shockingly another set of pictures have emerged from Aso Rock claiming to be pictures of Jubril-Buhari being welcomed by a group of Japanese, this time Gov. Ortom makes a mysterious entry as part of the entourage. See second picture. Incredible! Which country on this earth welcomes a head of state with a banner? See third picture.

Gov. Ortom that wasn’t mentioned as part of the original entourage has miraculously appeared in Japan seated to the left of the Foreign Minister Geofrey Onyeama. The world can now see how fraudulent politicians have been deceiving gullible Nigerians with their photoshopped pictures over the years. The public should not be deceived, Jubril-Buhari is not in Japan and if he is, he is in hiding. He should come out to address the people or make known his presence.

Note, there is no video coverage of him being welcomed to Japan as protocol demands but out of the blue pictures have emerged of a 45 year old man claiming to be Buhari, all smiling, in an undisclosed location somewhere they claim is Japan. Where is NTA News? Nigeria is a country founded on lies and will die by lies.

Aso Rock should stop hiding Jubril-Buhari, they should bravely announce or disclose where he is staying as every genuine head of state would. They should proudly tell us where their Sudanese president is hiding that we may give him proper IPOB welcome. 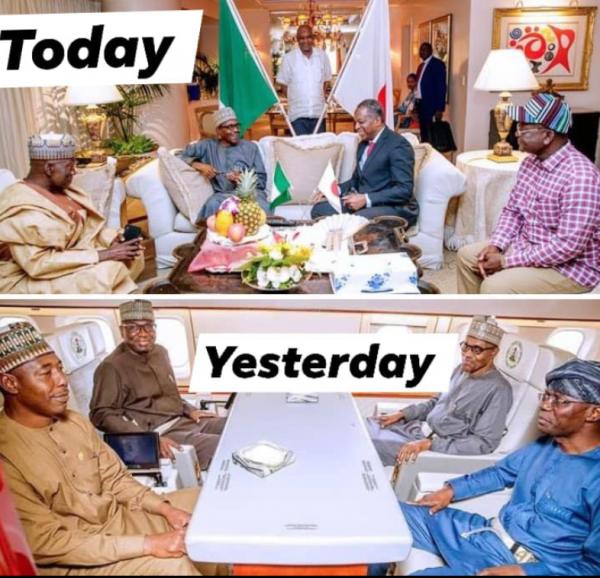