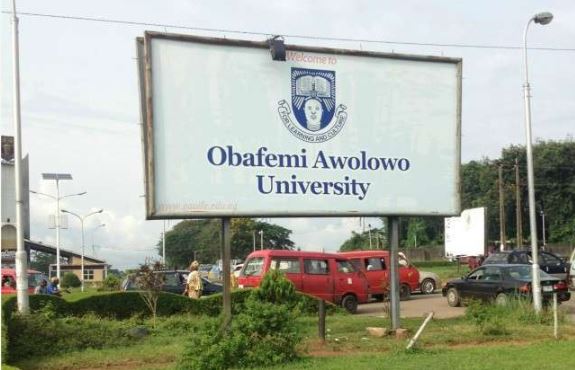 According to the deceased’s coursemate,  Grace attempted suicide in July but was unsuccessful.

She went on to state that Grace was rushed to the OAU Health Centre, after her last attempt and was eventually referred to the Accident and Emergency Unit of the OAU Teaching Hospital, where she later died.

Adekola Oluwasetan, another coursemate of the deceased said Grace was a poet and wrote many poems, especially on depression, adding that she does not believe Grace killed herself due to her poor academic results alone.

Oluwasetan added that Grace’s original course mates graduated last session but the latter could not after she failed 12 special electives and five core courses.

A statement released by the class representatives of the English Department concerning Grace’s death stated that;

“The Dean, Faculty of Arts and Head of Department, English, summoned the exam officer, the immediate past President, Faculty of Arts Students’ Association, who happens to be the course mate of the deceased, and the incumbent  FASA President, alongside the English part four class representatives to a meeting in the dean’s office this evening.

“A review of her result was done and it was discovered that she didn’t have five outstanding courses, neither did she have outstanding 12 special electives.

“She had 10 units of special electives passed already and she only had LIT 420 (project course) yet to be approved or graded. Only her SER result is still being verified. In fact, she carried no course over until her demise.

“We can then deduce that the deceased, Grace Dara Opeyemi’s death is not to be attributed to poor academic performance.”