Popular American actress and wife to popular preacher Devon Franklin, Meagan Good has replied a social media user who called her out for wearing a bikini.

The actress gave an epic response to her follower who criticized her for wearing a bikini to the beach despite being a pastor’s wife.

The actress shared a photo of herself in a nude bikini and the follower wrote:

“Aren’t you married to a pastor. This is cute but not appropriate”.

Below is Meagan’s reply to the morality police. 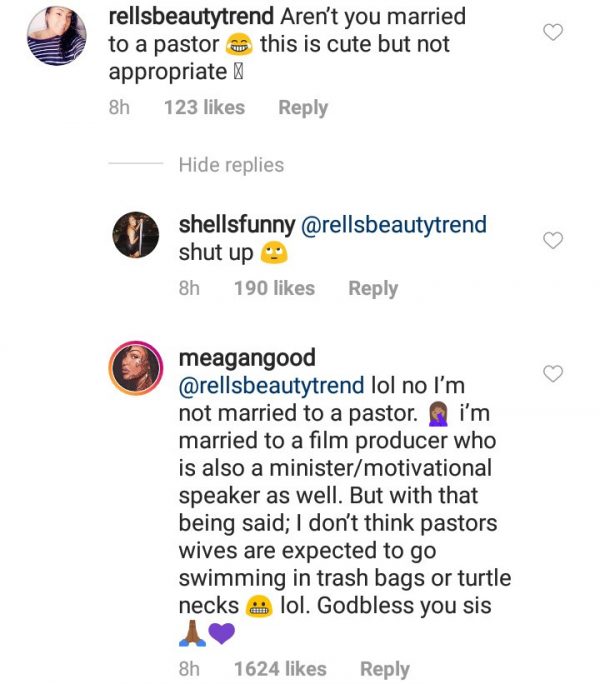