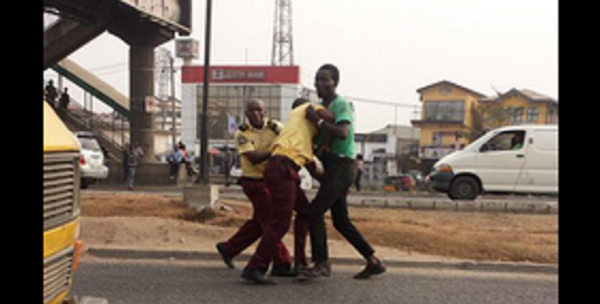 It was a scene to behold between a police officer and a man who claimed to be an official of the Lagos State Traffic Management Agency(LASTMA) as the duo engaged in a fisticuff at Fatai Atere area of Lagos state.

According to reports, trouble started after the self-acclaimed LASTMA official who was driving was flagged down by the policemen and his driving license was demanded.

Responding, he said his license is still under processing and that he is a LASTMA official.

The policeman, in turn, told him that he does not have any right to be driving without a license and the duo began fighting.